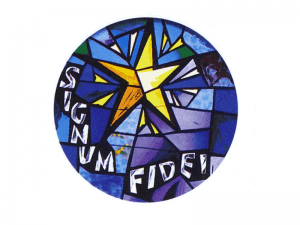 John Baptist de La Salle told the earliest Brothers: Let it be clear, then, in all your conduct toward the children who are entrusted to you, that you regard yourselves as the ministers of God, carrying out your ministry with love and a sincere and true zeal, accepting with much patience the difficulties you have to suffer, willing to be despised by men and to be persecuted, even to give your life for Jesus in the fulfillment of your ministry.

Little did some of the men who became Brothers know that the Founder’s words were not just theoretical conjecture or pious platitudes.  The Lasallian Martyrology is not simply a list of names, but it is rather the living witness of members of the Institute of the Brothers of the Christian Schools who have shared in the fate of the disciples of Christ, even to the point of shedding their blood.  Death by martyrdom is not something that is improvised.  It is prepared for by the daily martyrdom of an everyday life lived generously in the service of God and others.  The Brothers’ acceptance of death through martyrdom was the culmination of a long period of preparation—and when the moment arrived, they went to their death not with the resignation of the condemned but with the joy and exultation of the victorious!!

In 1936 there were 1,087 Brothers of the Christian Schools in Spain.  During the religious persecution 165 Brothers were killed (15.7% of the entire number!!).  We know the stories of their heroic lives because we have the testimonies of direct witnesses, sometimes the executioners themselves. 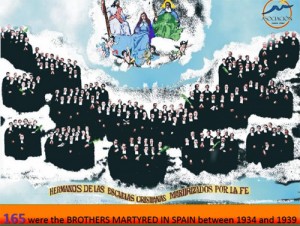 On October 13, 2013, 74 Spanish Brothers and one lay person will be beatified in Tarragona, Spain.  These are the last of the 165 Brothers.  In announcing the beatification, Brother Alvaro, our Superior General, notes: I believe that it is worth it to underscore, at this time when we Brothers and lay partners share the same mission, the fact that one of the martyrs, José Gorostazu, died alongside the Brothers in the house of formation in Griñón, where they valiantly witnessed to their faith.

The early Christian writer Tertullian has penned: “The blood of martyrs is the seed of the Church.”  May the blood of these martyred De La Salle Christian Brothers be for all Lasallians a seed, a sign of faith, a Signum Fidei!!