We pause and remember that we are in the holy presence of our loving God.

We’ve all seen it on Charlie Brown Christmas- his little sister Sally asks in a letter to Santa to note the specifics of her list and send the many presents or just tens and twenties. Then his dog decorates his house to win a contest on the true meaning of Christmas- money, money, money! Then his friends call him stupid because he can’t get into the modern, aluminum type of Christmas tree. Finally, Charlie Brown yells, “Isn’t there anyone who knows what Christmas is all about?” 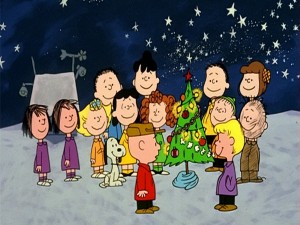 Do we? Each year the culture tries to make Christmas more and more secularized and commercialized. And it’s easy to fall in the trap to become consumed with the shopping as if that’s the only thing that matters. We are surrounded with instances of violence, and apathy for the poor in the midst of preparing for the birth of the Christ Child. Where can we turn for evidence of what Christmas really should mean? 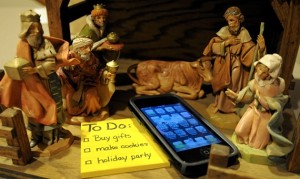 Pope Francis has said that the poor have much to teach us because they are living Jesus’ poverty where only the beauty of love matters. And that we are called to fight against the throwaway culture. Is this even possible when all we see is the “idolatry of money”, as the Pope calls it? 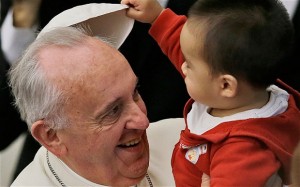 If you take the time to look around, we have had people right here following the Pope’s words as they spend their lunch money for an extra donation to Adopt-a-Family or spend their free time buying and delivering gifts to the poor or even giving a Dunkin Donuts card to a stranger. Can we continue this fight during the remaining week of Advent? Can we really find a message that sums up love and peace so that our hearts fill with the light of what Christmas is all about? Oh yes, just really listen to Linus and Luke:

Let us pray: “And there were in the same country shepherds in the fields keeping watch o’er their sheep that night. And, lo, the angel of the Lord stood over them and the glory of the Lord shone round them. They were sore afraid, but the angel said, ‘Fear not. I bring you news of great joy, a joy to be shared by all people. Today in the city of David a Savior has been born to you, who is Christ the Lord. And here is a sign for you: you will find a baby wrapped in swaddling clothes and lying in a manger.’ And suddenly there was with the angel a multitude of the heavenly host praising God, and saying, Glory to God in the highest, and on earth peace and goodwill towards men.‘” 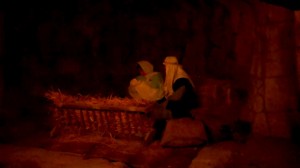 “…That’s what Christmas is all about, La Salle.” Continue the great work you have begun.

Live, Jesus in our hearts, forever.