If you will not do it for us, who will?

I would like to conclude with this sentence [question noted above] from a boy from Scampia, the wonderful ministry that we Brothers have in Naples, in a neighborhood where drugs are a huge problem…. The word “children” does not appear in the Testament of our Founder [Saint John Baptist de La Salle], but it is certainly understood in each line he wrote. They were the reason for his life and they continue to be the reason for ours. We came into being for children and young people, especially the poor, the vulnerable, the least loved and cared for. 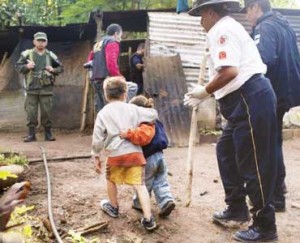 I think about Carlos and Jimena, those small siblings who survived the massacre of their family in Villa Canales, Guatemala. The photo of the 6-year old child embracing and protecting his little sister was published widely in the world press. At six years of age he acted as the older, more responsible person and the officials at the “Our Little Brothers and Sisters” welfare house said that, during the first week after the massacre, the small siblings were seen always embracing one another in silence. How many children like them have had to learn to be responsible adults at such an early age?

I think about Malala, the extraordinary little girl from Pakistan, who was shot at the age of 14 for the crime of defending the right of girls to study. In her talk at the United Nations in July she said: Let us pick up our books and pens because they are our most powerful weapons.  One book and one pen can change the world. As she was sharing her feelings of forgiveness toward those who had attacked her, she added: “This is the compassion that I have learned from Mohammad, the legacy I learned from Martin Luther King and from Nelson Mandela, the philosophy of non-violence I learned from Gandhi and Mother Teresa, the forgiveness I learned from my father and my mother.” We cannot forget today the 57 million unschooled children for whom Malala was at the point of giving her life. What about us? What can we do? 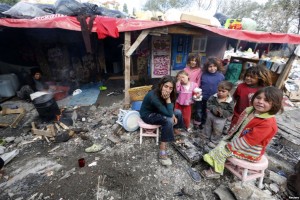 I think about the children in Syria who are refugees in neighboring countries, whose number United Nations humanitarian agencies affirm is already up to one million, not to mention the 7,000 children who died during the armed conflict. Speaking about this, Anthony Lake, the Executive Director of UNICEF, said: It is not just a number. These are children who were torn away from their homes, perhaps even from their families, facing horrors that only now we are beginning to understand.  It is not easy to imagine the physical harm, the fear, trauma and suffering endured by these children and the dangers that are lying in wait for them such as child labor, forced marriage, organ trafficking and sexual exploitation.

Given these realities, we cannot remain indifferent. These [vignettes] should profoundly touch our hearts and awaken not only our most noble feelings, but also our evangelical creativity to respond, as our Founder dreamed, to the needs of children and young people who are far from salvation. 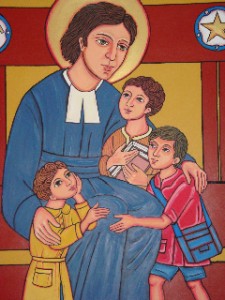 If we will not do it for the young people who are most needy, most vulnerable, unloved and uncared for, who will?