I. HATE. SNAKES.      No offense intended to you serpent-lovers out there, but I loath those slimy, cold-blooded creatures who slither along the ground, fall from trees, and glide through the water. I’ve even considered moving to Ireland just to get away from them. So every time I hear today’s first reading at Mass about snakes being sent to bite the people of Israel who complained against Moses in the desert, I get the heebeegeebees. Why couldn’t they have been punished by a pack of lions or a swarm of mosquitoes or a colony of ravenous rabbits? Why did it have to be snakes?! (GROSSED OUT SOUND) I think we can all agree that they’re such disgusting animals who should be wiped off the face of the earth. 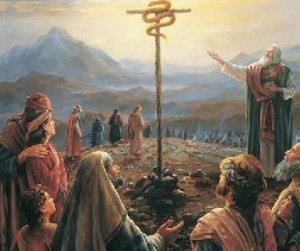 I’ve never been attacked by a snake. I’ve never been bitten by a snake. I’ve never held a snake. Truth be told, I won’t even go near the serpent lair at Roger Williams Park Zoo, even though they’re safely behind glass. I’m afraid of snakes because when I was 3 years old, someone thought it would be a great idea to let me stay in the room while they watched the movie, “Anaconda”. The exaggerated image of a giant Amazonian anaconda suddenly flying up out of the toilet in a women’s pubic bathroom has never left me. I had nightmares about it until I was in high school. My whole life that experience when I was 3 has affected the way I look at and treat those belly-moving creatures of God. 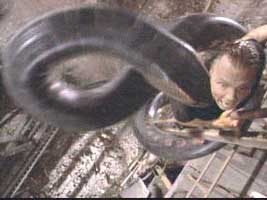 Don’t we all do that, though? Don’t we all let the – oftentimes misguided – way we see and understand others affect how we treat them?

Seeing past someone’s race, color, age, religion, sexual orientation, social class, or gender can be difficult. There’s no doubt about that. But it’s only difficult because of our own biased worldview, the smudged lens through which each of us sees the world and the people in it. Every single one of us is called to get some good eye glass cleaner and some serious elbow grease and clean our “lens” of those smudge-like prejudices so that we can see others for what they truly are: human beings who deserve to be treated like human beings. Or snakes who deserve to be treated like God’s beloved creatures, even if our gut reaction is to avoid them and remove them from our lives. 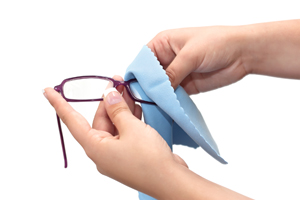 So my challenge to you today and for the rest of Lent is to take some time to figure out what “smudges” or prejudices cause you to treat others as less than they are and then to change the way you look at them and the way you treat them. Maybe you’ll find out that snakes aren’t that bad after all. 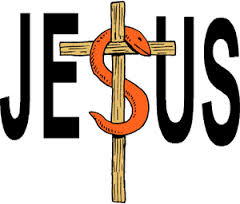 We thank You for the great gift of our life and for Your presence in our hearts.

You have created each of us with the same human dignity.

Help us to cleanse our minds and hearts of those things that make us treat others like snakes.

Inspire us to reach out to those who are different from us and embrace them as fellow human beings.

We ask this in the name of Jesus, the Lord. Amen.

Live Jesus in our Hearts …. For ever

Afternoon Reflection Question: As we near the end of Lent, what are two or three practical ways we can reach out to those we see as “snakes”?