In 12 seconds your entire life could be changed forever. On August 31st, 2005, the New Orleans 17th Street Canal levee broke, sending a 15 foot wall of water right into the densely populated neighborhood on the canal. From the moment that the citizens of the Lower 9th Ward heard the boom of the levee breaking, they had on average 12 seconds to react. Imagine yourself in that position. You can’t run away, you can’t stop the wave. You can’t do anything. 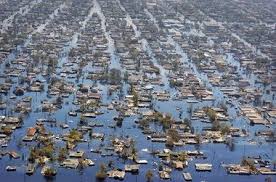 Twelve seconds for the water to start washing away everything they’d worked for. The months that would follow these 12 seconds would be nothing but pure terror for the people of New Orleans. Five days during which one woman of the Lower 9th Ward stood on a dining room chair in her attic in order to keep from drowning. Two months for the water to recede, leaving piles of garbage where houses used to be. Twelve seconds is a short amount of time. Unfortunately, 9 years is a painfully long time to rebuild from the damage that those seconds did. This past week, 12 of us, along with 2 chaperones, went to New Orleans on a service trip. We, like most of you, were young when Hurricane Katrina occurred. We were old enough to know what was happening, but we didn’t understand it. In order to prepare for the trip, we watched documentaries, but it didn’t really register with us how much was still left to be done, 9 years later. I think we all thought we’d be doing finishing touches on houses that had already been rebuilt. But in reality, that wasn’t what we saw at all. 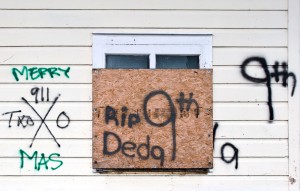 There are still houses that have not been worked on at all from the storm. There are still houses with holes in their roofs where someone had to cut their way out of a flooding attic with an ax to stand on their roof until help came. There are houses that still bear the red “x” signifying that the house was checked for bodies. There are people who remember the storm, and have stayed to watch their beloved city come back to life. There are people who couldn’t bear to stay, and haven’t returned since they were put on a bus and shipped away all those years ago.

As Ms. Brown said during one of our reflections, time is the most precious gift you can give. You can get more money and possessions. Time is finite and you have no idea how much you have left of it. The people of New Orleans had their lives ruined in the blink of an eye, and they’ve spent an eternity rebuilding. None of us regrets the week that we spent there. You can take 12 seconds to unlock your phone, go to your favorite social media site, and start browsing your friends’ most recent statuses. Or you can spend 12 seconds saying to someone: “There are people who are hurting, there are people who need help. New Orleans is still full of them, even after so long.” But I can also guarantee something. The time you spend with the people of New Orleans will change you as well. 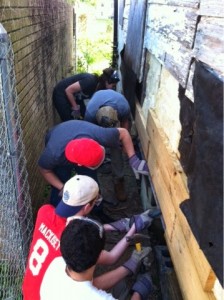 It didn’t matter if we were spending 12 seconds listening to a friendly neighbor, like Mr. Barnell who told us jokes during our lunch breaks, or spending 12 seconds listening to a homeless musician play on the street They touched us both the same. You see, the spirit of New Orleans is thriving. But, the physical New Orleans just hasn’t caught up to it yet. 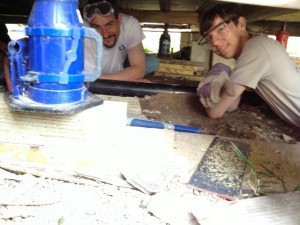 Live Jesus in our hearts….Forever.