(This Morning Prayer was offered on the Public Address system for the La Salle Academy educational community on Wednesday, 14 May 2014)

I never imagined that I’d be starting college 4,000 miles away in another country. But four years ago, I never would’ve imagined myself at La Salle.

I live in a small town an hour away from Providence. I wanted to go to high school there, with all the kids that I grew up with. However, my parents thought differently and wanted me to go to private high school, so I ended up at La Salle.

Before I came to La Salle, I didn’t even know that Rhode Islanders had awful accents. On my first day I didn’t know a soul, and I like to joke that it took me three months to talk to anyone. It’s only half a joke, because I am bad with meeting new people; but, Ben Smith also forced a conversation out of me on the first day. I thought the standard hair compliment would be the end of our interactions, but he became my first friend at La Salle, and four years later I still haven’t found a way to get rid of him.

Although the beginning was rough, I wouldn’t trade my four years at La Salle for anything. I made some great friends and had teachers who inspired me and became my role models. Most importantly, I learned what I’m capable of. I developed leadership and communication skills as I transitioned from a shy freshman to a captain on the basketball team. 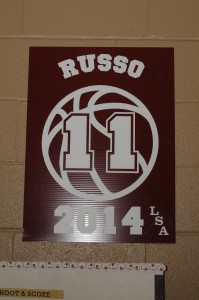 My AP classes forced me to push through my chronic procrastination. My senior trip to Rome and Paris helped me get over my fear of starting a conversation, and gave me the confidence I need for next year. 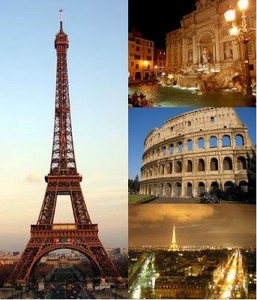 If I hadn’t come to La Salle, I would be way too scared to go to Italy for my freshmen year of college, and I’d be missing out on the experience of a lifetime. La Salle is a place where people can constantly challenge themselves and find their strengths. I’ll carry my experiences at La Salle with me for the rest of my life, and I hope the underclassmen continue to take advantage of these opportunities.

Thank you for giving us opportunities to push ourselves out of our comfort zones and grow as people. Thank you for the people I’ve met at La Salle, and please continue to grant us the courage to fully experience the beautiful world You have created.

One thought on “I Never Imagined…”