Let us remember that we are in the Holy Presence of a Loving God.

At this time 9 years ago I was experiencing a lot of the same feelings of uncertainty and anxiety that a lot of you were probably feeling a couple weeks ago at the start of the new school year. Whether you are starting your freshmen year and you’re nervous about being at a new school or if you’re a senior and you’re nervous about the reality that this is your last year at La Salle and you need to start planning for the future, we all probably felt some level of uncertainty.

I was feeling those same feelings 9 nine years ago when I started off my freshmen year at the University of Oregon. Having graduated from La Salle Academy 3 months earlier, I was now over 3,000 miles away from home and only knew a few students out of the almost 25,000 that are enrolled there. When I first made the decision to go to Oregon, I was full of excitement and anticipation of what I was sure to be a wonderful four years. I was going to be on the track team in a city that is referred to as Track Town, USA so that alone was enough to make me excited. However, after a  week on campus, reality began to set in. I was far from home, I was learning how to balance a full course load with being a college athlete, and being an introvert, I was trying my best to meet people and make new friends. 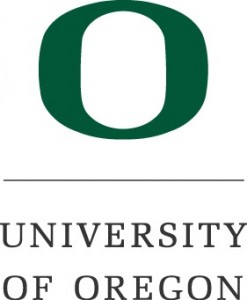 A lot of times when we start feeling anxious we begin to doubt ourselves and the decisions we make. This happened for me after my first week of college. I was beginning to question whether going to college across the country was the best decision for me. These thoughts of uncertainty where filling my mind as I walked from class to practice on the Friday afternoon of my first week. We had a lifting workout scheduled for that afternoon and because of the way that the schedule was set up, we would often lift with the football team. So as I was walking into the building where the weight room was located something caught my eye. I saw a football playing wearing a sweatshirt that said De La Salle on it. This stopped me in my tracks because it was the first sign of home that I had seen all week. And for me it couldn’t have come at a better time. Seeing La Salle written on a sweatshirt not only served as a reminder of home but also reminded me of something that I had learned while I was a student here, that God is always with us and is there to support us and love us when we need Him the most. He didn’t leave me just because I had gone from a Catholic high school to a state University. And just as He had been present in my four years as at La Salle, I knew that He would be there to support me during my four years at Oregon. 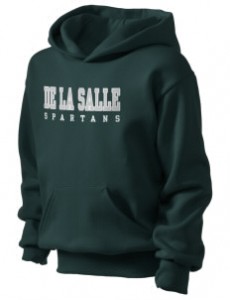 This reminder of God’s love served as a turning point for me and I went on to thoroughly enjoy my four years at Oregon. I also eventually found out that the sweatshirt was being worn by a football player who had attended De La Salle High School in California and his name was Cameron Colvin. Some of you may recognize this name from the Sony Picture movie that is currently in theaters called “When the Game Stands Tall.” The movie focuses on Cameron and his high school football team that won 151 straight games. It also features the struggle that Cameron and some of his teammates went through as young men growing up in an area with poverty and violence, most notably the loss of one of their teammates due to violence. Also portrayed in this movie is the love and support that is felt through a Lasallian education. It was because of this that many of the young men who graduated from this school were able to move on and live fulfilling lives. This is the same love and support that I felt during my time here as a student and that also carried through to my college experience and that I still feel today. 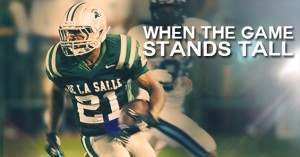 God stands beside us through any struggles that we are going through, whether it be something small such as feeling homesick or something large like losing a friend at an early age due to violence. As long as we open ourselves up to God’s presence in our lives, we can surprise ourselves with the challenges that we can overcome. So as you go through your time here at La Salle make sure that you open your heart to God’s love and use His support to get through any tough times that you may experience. 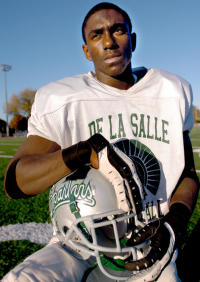 Earlier this week Cameron posted a status on Facebook that read “What good is God’s gift if you don’t work and put it to use.” So during your four years here at La Salle don’t be afraid to use your God given talents, even if things don’t turn out as planned, God will be there to support and carry you. 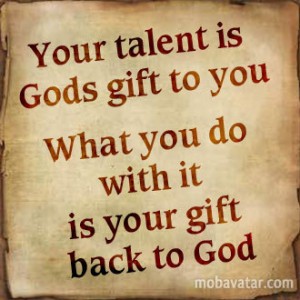 Live Jesus in our Hearts…Forever