We pause and we remember that we are in the holy presence of God.

I grew up with the security of having someone in my life, my Nana, who sheltered and guided me and loved me every minute. Therefore, I was oblivious to the troubled situations in the world where women and children live with dangerous problems. Despite having attended and taught in Catholic schools, it is only since I have come to La Salle that the problems of violence against babies, homelessness, poverty, and, recently, human trafficking, have been brought to the forefront. I believe that Lasallians, staying close to the mission of De La Salle, engage, not only in debate, but action for the plight of those who are suffering. Why should we care? Because we are all Lasallians!

Human trafficking is the fastest growing and second largest criminal industry in the world, generating more than $150 billion worldwide! It’s estimated that 27-36 million women, children, and even men are victims of some form of trafficking. In our country of such freedoms, it’s hard to believe that people’s liberty is denied, and they undergo abuse of their body, by mutilation or sexual exploitation. With those statistics, it almost seems futile to try. But, we are Lasallians. 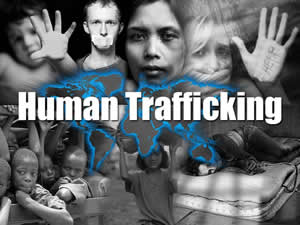 Today, we celebrate the World Day of Prayer to End Human Trafficking. As we celebrate the feast of St. Josephine Bakhita, who was kidnapped as a child and sold many times into slavery in Sudan and Italy, we try to imitate her voice against slavery.

We pray today for all those who are currently trapped in what Pope Francis has described as a “crime against humanity” and “an open wound on the body of contemporary society.” And do not be misled that these crimes are only in those less-educated countries. In fact, this occurs in both cities and rural areas of America and also right here in RI where scores of vulnerable young women and children are forced into prostitution by unspeakable physical and psychological abuse. This leads to drug abuse, homelessness, and sometimes death. Those who are trafficked and enslaved feel as though no one cares. But we care, because it is our duty to care- because we are Lasallians. 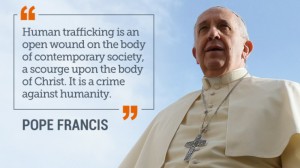 As we unite with those around the globe today to pray for an end to human trafficking, what Pope Francis calls, “a scourge upon the body of Christ”, we implore God to inspire those in governments around the world to pass and enforce laws to protect the lives of victims of human trafficking. We pray that the victims feel solace and faith that they will be freed and that we will tell their stories to raise awareness of their plight. We commit to spreading this message, because, we are Lasallians. 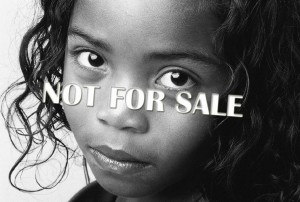 View video from US Bishops’ Conference

Live, Jesus, in our hearts, forever.