Let us remember that we are in God’s Holy Presence:

In yesterday’s Gospel according to Mark, we heard the crowd ask Peter three times if he was a follower of Jesus. Earlier, Peter had told Jesus that he would never deny him. But when he realized that he had betrayed his friend, he broke down and wept. 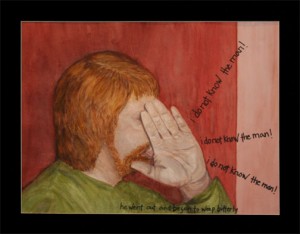 We, too, would like to think that we would never deny Jesus. Yet every time we mistakenly “follow the crowd” or fail to stand up for what’s right, we too are saying, “We do not know the man” –just like Peter. As we enter into this Holy Week, we will have many opportunities to either admit we are followers of Jesus, or deny him. Which will you choose? 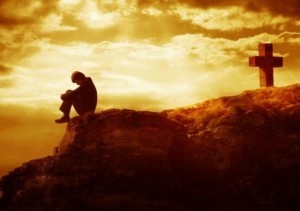 Let us pray: Loving Father, you sent us your Son to redeem the world from sin. Help us to never deny Him; rather, give us the courage to publicly proclaim that we are followers of Jesus, in our thoughts, words and actions.