(Prayer offered on the Public Address system for the entire La Salle Academy educational community on Friday morning, 8 May 2015–the end of Right-to-Life Week)

Let us remember we are in the Holy presence of a loving God. 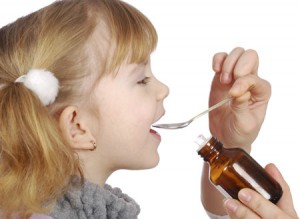 Now, I want you to imagine getting a prescription to die. A doctor has given you a prescription for medication that will end your life, knowingly. This sounds like a horror story but it happens every day, even in America, despite the fact that doctors take an oath to “do no harm.”

Physician-Assisted Suicide is legal in 5 states in America. This means that it is legal for a doctor to knowingly murder a patient using the logic that dying now is better than dying later. In Oregon alone, from 1997 to 2012, 1,050 human beings received lethal prescriptions, and 673 human beings’ lives were taken as a result of these prescriptions. But, it gets worse. 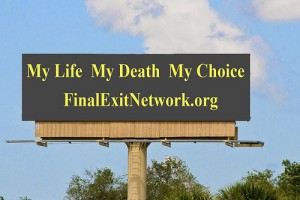 In foreign countries, namely the Netherlands, Belgium and Luxembourg, euthanasia is much more common. You don’t need a terminal illness or a psychiatric evaluation. Even newborn babies with disabilities can legally be murdered under this idea of death with dignity. The elderly have to carry with them a “Passport for Life” saying that they DO want to be resuscitated, since otherwise they automatically are left to die. This is what happens with a slippery slope of assisted suicide where eventually someone else views your life as not worthy of continuing. If you know anyone with a disability, I’m sure you wouldn’t view their life as undignified. If you know anyone fighting a terminal illness, I’m sure you wouldn’t view their life as undignified. Because LIFE is never undignified! 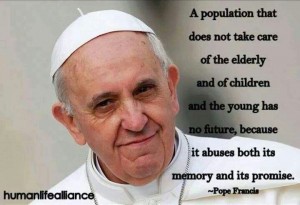 Let us pray.
God, we pray for anyone struggling with a terminal illness, that they enter hospice so they can continue to live each day with dignity until a natural death. We also pray for the end of active euthanasia in America and around the world, as well as a respect for life in all its forms. AMEN. 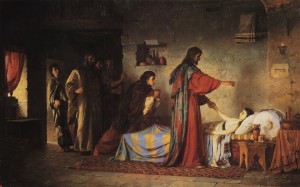