(Reflections by Three Seniors on Teachers who epitomize the Virtue of Gravitas–completed for Ms. Naughton’s Senior Religion Class) 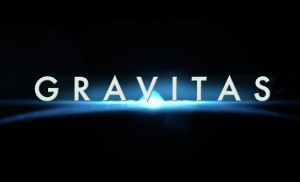 Mrs. _____ is really the kind of teacher who was the most understanding my freshmen year. She was always very soft spoken and it was this way she was able to keep control of the class without being monotone. Mrs. _____ is a great example of what it means to have the virtue of gravity. Whenever she said we were doing a project or a lab the next day she always had the materials ready and the instructions. It was a rare occasion when she didn’t check homework or collect an assignment. Mrs._____ was my favorite teacher freshmen year because you knew what to expect and she didn’t change things at the last minute. She was incredibly patient and let everyone take their time when we would be working on a group lab. She never made us feel like we were working too fast or slow and everyone got a chance to take their time and work together.

The second teacher I feel is virtuous is Mr._____, in the area of gravity. I met Mr. _____ this year and had him for the first semester in _____ class. Immediately his soft-spokenness and modesty are noticeable. He is very educated and it shows when he talks, as he sounds very intelligent and well informed. Yet he does not come off as cocky, but rather inviting in his words. I feel he is someone that has accomplished what he has accomplished because of his hard work and diligence to academics. His life experiences and the things he has been able to do have given him something most teachers don’t have, sort of like a well-roundedness, not so sheltered. Almost like a liberal arts education. He is a young, intelligent, highly educated minority male in a society where his lineup and his achievements are not considered common, in fact, they may even be considered uncommon. With all this though, he is still modest and a joy to talk to, because his views make you challenge your own thought process and you leave the conversation feeling more fulfilled than if he were to just agree with everything you are saying. I know for a fact that the majority of his students just viewed him as the new “cool” teacher who has a fantastic wardrobe. But for me he provided more. He really impacted me because he was not there for the paycheck, or to be self gratified by the fact he is “teaching the leaders of tomorrow”, but he was here teaching _____because that’s what he loved and he wanted to pass his experiences on to us. He wanted to teach us about Islam, and how it really is the religion of peace, among tons of other stuff. He is definitely a teacher I want to stay in contact with after La Salle ends.

The first virtue I would like to reflect on is the virtue of Gravitas. As the video we watched states, this virtue, when shown by a teacher, conveys a medial demeanor, one which is not too gloomy, or intimidating, but also not goofy, or too lackadaisical. The teacher who I had who showed this virtue to my class and me was Ms. _____. I have her currently for _____, and I have learned a lot from her. One concrete example of how she lives out the virtue of Gravitas has been going on every day for the entire school year. Every day when we have _____ class, the entire class is business; we work throughout the entire period in very different ways. Sometimes we have individual work, and learn alone, but very often we work in groups. Through group work we learn from each other, and from her, as she is constantly rotating through the groups seeing what we have done and what she can help us with. Even though every class is filled with work it is in no way boring or bothersome. The tasks we complete in class are always very different from each other and are usually very interesting. They range from analyzing Nazi propaganda while reading “Surviving Auschwitz” to writing an extra add-on scene for “The Merchant of Venice” and acting it out in front of the class. The way that she shows Gravitas in her demeanor is the way that she is warm when teaching class (no student at La Salle is afraid of her) often spending the time between class talking about the Patriots, or an addicting Netflix series such as Lost; but, at the same time she takes no dilly dallying, or bad behavior from any of her students, and because the way she carries herself and acts towards her students, they do not even try to act out towards her. I think that clearly Ms. _____ is a great teacher, and because of the way she acts, teaches, and carries herself throughout class, she is a perfect example of someone who has the virtue of Gravitas.