(Reflections by Two Seniors on Teachers who epitomize the Virtue of Humility–completed for Ms. Naughton’s Senior Religion Class) 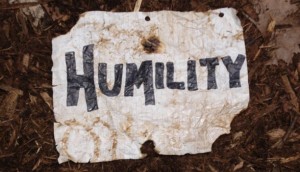 Mr._____ embodies humility to me. While at the beginning of my high school career I did not pay too much attention to the virtues of my teachers or the way they acted, I became interested in teaching styles after Mr. _____’s freshman year _____ class, I recognized that all teachers taught in different and unique ways.  However, I never truly recognized the importance of humility until encountering Mr. _____. Contrary to what one might believe after their first or second encounter with Mr. _____, he is, in fact, a very modest and reserved person. While on the outside he may make a louder statement with his clothing selections than anyone in the building and his voice may carry throughout the hallway and pierce every wall on the third floor, he possesses this ability to put the proper education of his students in front of his desire to impose his beliefs upon them. While some may overlook this ability and say that it counts for less than I propose it does, I have learned over the course of my time in school, that a teacher who can put their self and their beliefs on the shelf and teach both sides equally to their students is an incredible asset to have (especially impressive when they are teaching a class that covers topics as controversial as _____ and _____). The way I understand it, teaching is more about the way that students are enabled to think, rather than their ability to carry “correct opinions” with them. In this way, in my opinion Mr. _____ possesses a level of deep humility that very few teachers I have met possess, and I have come out of his classes with a much more well-rounded view of the topics covered, and a greater openness to opposing opinions than I would have otherwise.

While learning about the third virtue, humility, I immediately thought about Mrs. _____ who is my _____ teacher this year. She is the type of teacher that always thinks of her students before herself. She is extremely flexible and is always willing to change things in order to be more accommodating and fair to her students. She does not allow us to take zeros for an assignment; instead, she just trusts us to complete it at some point within reason. Mrs. _____ always tells us interesting stories about herself so that we can possibly relate to her life. She has never once acted as if she was above us just because she is our teacher; she always makes us feel like equals. I have learned a lot from her about what is means to be a person of humility.

(Reflections by Five Seniors on Teachers who epitomize the Virtue of Patience–completed for Ms. Naughton’s Senior Religion Class) 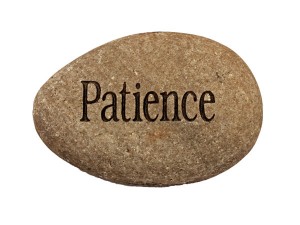 Mr. _____ is by far the most patient man I have met at La Salle Academy. He was the first teacher I personally knew here, and I wouldn’t have wanted my journey here to start any other way. Mr. _____ was my homeroom teacher and ever since meeting him on my first day of freshman year he became my favorite teacher. Having Mr. _____ there to guide me through freshman year was a blessing. However, I did not quite know how outstanding Mr. _____ truly is until this year’s _____class. Mr. _____ as a person lives the patience virtue. His daily prayers almost always speak of repelling bad decisions and being considerate of others when they are having a rough day. The reason Patience came to mind when choosing a virtue for The Great Lako is actually because he often asks God in his prayers to help him be patient with his students because he realizes how hectic our lives can be at times. He also asks God to help us all be good people and resist evil temptations. Patience is the virtue that makes us overcome all the evils of life.

Mrs. _____, a _____ teacher here at La Salle, displays the virtue of patience in her every day life. Mrs. _____ modeled patience in her classroom when she taught my freshman _____ class. On our first day we were all very nervous; however, she made us all feel comfortable in a calm environment. When we didn’t understand a conjugation she explained it as many times as we needed. When we asked question after question, she did not mind answering over and over again until we understood the lesson. Her patience made for a better learning environment in her classroom. Her virtue of patience also reflected her understanding and acceptance of all of her students of all abilities. Mrs. _____ has always and still demonstrates patience today. Many students are in and out of her room every single day. Many students go into her room either asking for her advice, asking for _____ help, or just to talk. There is never a time where Mrs. _____ is overwhelmed by the number of students in her room looking for help. She is always welcoming and looking to help those in need and is willing to take as much time as needed to better the student.

The first teacher I would like to use as an example is Mr. _____. He is my senior year _____ teacher and I believe he really has the virtue of patience. We have a very rowdy class and he does a really good job staying calm and not losing his cool on anyone. Our class has a tendency to get very out of control and Mr. _____ will just, in a very calm way, try to get everyone to regain themselves.

I played basketball for La Salle freshman and sophomore year and I was lucky enough to have Mrs. _____ as a coach. She is also my dean, so I was very nervous freshman year when I found out my coach and dean were the same person. It did not take me long at all to realize what a great person she really is, and how dedicated she is with everything she does. She holds the virtue of patience. She always knew the right thing to say, and was patient with all of us even when we were not doing our best or giving her attitude. She was so dedicated to coaching and had great expectations for all of us. An example of her being patient with us was when we were playing in the state championship. We were playing Westerly and were up by a few points with about 5 minutes left in the game. For some reason we could not keep the lead, and we ended up losing by one point. It was a horrible feeling, but Mrs. _____ was never mad at us for losing and she always stayed patient with us because she knew we tried out best. She was the greatest coach because she always had endurance even with so many things going on in her life, like being a mom, wife, dean, coach, and much more.

The sixth virtue, patience, is a virtue I think many people struggle with in life. Mrs. _____, who was my _____ teacher sophomore year, possesses this virtue effortlessly. _____ is a subject that is very difficult to teach because of the fact that many students struggle with it. I think it takes a lot of effort and repetition in order for students to understand many _____ concepts. Mrs. ______ was the best _____teacher I ever had and I think it is because of the patience she had with me and the class as a whole. Whenever someone didn’t understand something, instead of getting frustrated she would take a step back and explain it again. She never got aggravated with her students even when we were not as focused as we should have been. I cannot even count the many mornings she was there for me to help me with something that was so simple for her to do but extremely difficult for me. She would always try to find different ways to explain things so that I would understand. There was one instance where I blanked out during a quiz and became extremely frustrated. Instead of making me hand the quiz in blank at the end of the class, she allowed me to come back after school and finish it. I think that I received an A in that class because of how patient Mrs. _____ was in her teachings and with me personally.