Good morning, La Salle. I must confess that I’ve been struggling with this offering for the better part of the week. Morning Prayer has been on my mind, and in truth, I had originally intended to speak about addiction and tobacco use, with it being the Great American Smoke Out. I decided against it but needed to settle on a theme or guiding principle, usually my method for beginning any piece of writing. It wasn’t hard to steer towards Thanksgiving, given that it a week away, and…. one of my favorite days of the year.

As I began to place pencil to paper, what I had was more of a long list than one solid idea, and it could have gone on and on. To share them all with you, in depth, would take longer than allowed…..Take a moment and think of all the things you are thankful for and you may find yourself in a similar situation…..We really have so much.

I considered sharing one of my favorite poems, The Tree, by Anne Finch. It predates the popular Giving Tree by Shel Silverstein and presents the same question. How do you thank something that gives unconditionally and without hesitation? 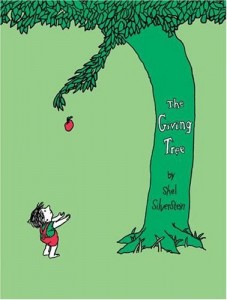 I thought about offering an excerpt from Aldous Huxley’s novel Island. There is a scene that I recall quite often. Huxley’s description of grace before a meal consists of a long and thoughtful reflection during the act of taking the first bite and chewing. His message: take the time to be thankful for the sustenance you have. 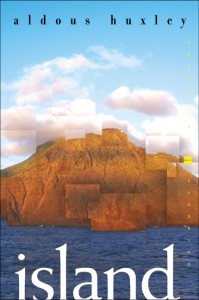 I really wanted to tell you about the time I was stranded on a train for three days during a blizzard in the Midwest as I returned from a “college-student” prepared Thanksgiving dinner in Missoula, Montana,

Or the invite I received from a friend’s family to attend their festivities when I lived in Los Angeles, and didn’t have anywhere to go, Or one late Thanksgiving eve venture to Stop and Shop for the entire ingredients of a feast when my daughter was sick and travel plans were cancelled. Turkey, Potatoes, Cranberry sauce, Stuffing, corn, pie, beans…mmmmm

I wanted to share the story of a homeless man in Atlanta who returned a lost wallet and was given food, shelter, and provisions by a local hotel owner. Hopefully he has time to turn things around?
There are also the countless stories of current students succeeding in class or in service to their community….. or hearing of former student’s excitement in the lab, the classroom, on stage, the field, or Christian service. I’m thankful that someone else is thankful for them, and that they too, are thankful.

I told you, the list goes on and on and on. 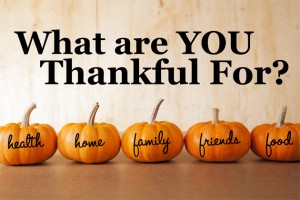 What emerged from this reflection on appreciation and thankfulness was the common thread that we must be thankful for everything, all the time. There is something to be said about simply saying thank you to someone else, for it is truly in how you present yourself that you are treated. If you are thankful, others will be thankful too. It truly is one of our greatest human qualities.  A friend of mine once thanked me for opening her eyes to the simple things in life, things we often take for granted. I can’t really take credit for that. I’m thankful for one of my favorite writers, Ralph Waldo Emerson, for that realization, and I’d like to close with a prayer, his prayer, for Thanksgiving. 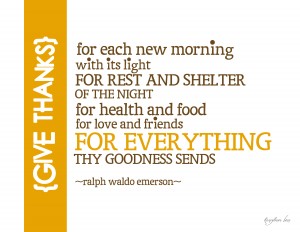 Let us pray,
Lord, Thank you:
For each new morning with its light,
For rest and shelter of the night,
For health and food,
For love and friends,
For everything Thy goodness sends.
Saint John Baptist de La Salle…Pray for us
Live Jesus in our Hearts…Forever.