Today is the Feast of the Epiphany. John Baptist de La Salle wrote a special meditation about the adoration of the kings. 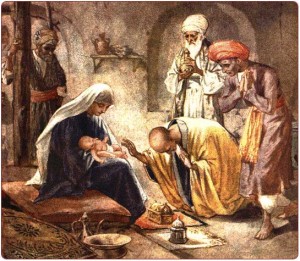 Most people focus on the following: “Recognize Jesus beneath the poor rags of the children whom you have to instruct; adore him in them. Love poverty, and honor the poor, following the example of the Magi for poverty ought to be dear to you, responsible as you are for the instruction of the poor. May faith lead you to do this with affection and zeal because these children are members of Jesus Christ. In this way this divine Savior will be pleased with you and you will find him because he always loved the poor and poverty.” (Med 96.3)

The Founder, ever the teacher, is urging the early Brothers to look past any defects in the kids they were teaching in the early gratuitous schools and love them anyway despite the number of times they may have had to make corrections to their behavior. During that time in France, the kids were probably dressed in literal rags, and as we know, the baby Jesus was wrapped in swaddling clothes, which certainly isn’t the beautiful baby stuff we see new moms get today. The lives of the early students were filled with chaos, lots of noise, little food, and harsh conditions. St. La Salle was reminding the teachers to look past bad behaviors to see the innocence underneath the Earthly. 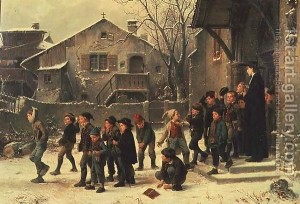 This is one of my favorite things that the Founder has ever written and I use it quite often in prayer with both adults and students. When we think about the earlier parts of the meditation, the Magi don’t just find the baby Jesus in the manger easily. They have to go on a difficult journey. They followed a star and ended up slightly off the path at Herod’s palace, which actually made sense because he was a king. They rejected Herod’s son in a silver cradle. They knew that the star was still guiding them on and kept following them to the correct place, which was ultimately the Savior of the world.

John Baptist de La Salle was a holy man before he began his work as the founder of the Christian Schools. As a young man, even though he is wealthy, he is met with tragedy at a young age when his parents die within a year of each other. Instead of doubting God, he continues with his studies to become a priest and get his doctorate in theology, never turning away from God.

This meditation is so powerful because this is the story of his true conversion to loving God through the poor. The Founder, like the rich young man, had always loved God. But it is only when he realizes that he could not possibly separate his love for God from his love for the poor, especially poor children, God’s most chosen ones, does he find his life’s most precious and fulfilling work. He makes his life not about his station in life, but becomes an agent for the salvation of souls through education.

We are all poor in some way, and there are wise men or women who journey with us today and every day to find Jesus in us. I think of the day I was hired as a teacher and someone recognized my worth, or the countless times I was given second chances by the girls who have called me coach over the years. As we travel today, let us see Jesus in each other and journey together toward conversion of hearts for salvation of everyone in our community here at La Salle. 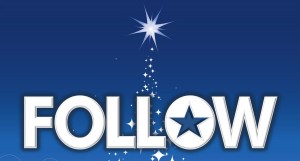 Let us pray.
Lord, teach me to be generous:
to serve you as you deserve;
to give and not to count the cost;
to fight and not to heed the wounds;
to toil and not to seek to rest;
to labor and to ask for no reward
save that of knowing I do your will. Amen.