Good morning, I am happy to have this opportunity during Catholic Schools Week to pray with you and to share my experiences as a graduate of a Catholic High School – this school – La Salle Academy.

When I attended La Salle – I entered to learn and left to serve.

I learned a lot in the classes I had – some of my teachers were legends: Mr. Carl Toti and Mr. Thomas Lowery; Brother Alphonsus and Brother Thomas. They were here to make sure we learned — and we did. But I also learned that this was a school that cared about me. After I broke my leg early in my Freshman year they made sure I was ok – a Brother was assigned to watch out for me when everyone else was at lunch. When the Principal felt my class was having trouble learning one of our subjects he came down himself to teach us extra lessons. When I needed to go to my job as a Page at the State House the school helped me figure out how we could do it.

I learned about serving others from the teachers and administrators who were working here and showing us how it was done.

When I graduated I left home to become a De La Salle Christian Brother and I am still one 60 years later. First I entered to learn – a year in the Novitiate and then 4 years of college. 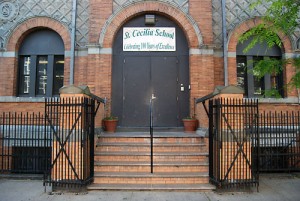 When I graduated from Catholic University I was assigned to a parish Elementary School in Brooklyn, N.Y. to serve. Quite a change for a kid from R.I. It was a terrific experience – it was a place where I could serve as a teacher. Preparing lessons, teaching, correcting papers were all ways I served the students in my classes. After school I had the Track team – another way to serve those kids who were eager to run and hopefully win medals.

My next assignment was in Connecticut – we were starting a new school – it was an exciting time. Always needing to learn more, I got a grant one summer and studied about Africa at Northwestern Univ. Then I started a new course called “Non-Western Studies.” I also started the new Yearbook for the new school.

In 1973 I returned here to La Salle Academy. First I was Vice Principal and then Principal. As Vice Principal I started a Human Relations Committee to serve the needs of the students. One of the things I did as Principal was to help start the Freshman Foundations Program. The years as Principal were challenging but I had numerous opportunities to serve the needs of the students and all associated with the school. It was during those years that we were beginning the Christian Service program that continues to this day.

After my years at La Salle I spent 3 years at Ocean Tides in Narragansett serving the needs of troubled Youth. From there I went to our Boarding School on Long Island and started a Christian Service Program to help the students learn the value and the joy of serving others.

In 1987 I began 4 years of service in Guatemala. When I entered that country the first thing I had to do was to learn Spanish. I signed up for an intensive language program in Antigua, Guatemala. When I had learned enough Spanish to get by I began to serve as a teacher in one of our schools there. In my second year, interestingly, I started a Christian Service program.

Let us Pray:
Lord, we give thanks for the opportunity to attend a Catholic school. We pray that you will give us the wisdom each day to recognize opportunities to serve others. Show us how best to use the time and talents you have given us. Help us to use all opportunities wisely that we may give in service to others the good gifts we have received from you. Amen. 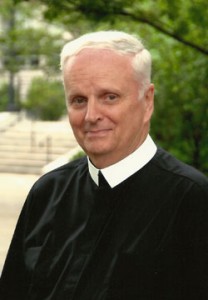