Pope Francis recently said: “Each year during Lent we need to hear once more the voice of the prophets who cry out and trouble our conscience.”

One such prophet was James Miller. Born in September 1944 in Wisconsin, he attended Picelli High School, where he first met the Brothers of the Christian Schools. Inspired by the men and their mission, he became a Brother himself. After a brief tenure teaching Spanish, English, Religion, and coaching football at Cretin High School in Minnesota, Br. James volunteered for the missions and was sent to a school in Nicaragua, where he spent nearly ten years. 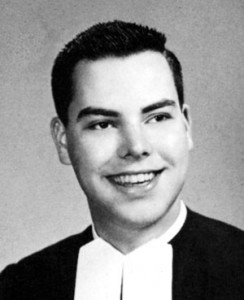 In January 1981, after a brief return stay to Minnesota, Br. James returned to the missions, this time in Guatemala. He taught at the secondary school in Huehuetenango and he also worked at the Indian Center, where young indigenous Mayans from rural areas studied and trained in agriculture. 1981 was a tense time in Guatemala and much of Central America. A long history of colonialism had given way to independence, but many of the economic and social inequalities remained. Wealth and power were concentrated in the hands of a minority of landowners while the majority of the people lived as peasants. The 1970s and 1980s brought a newfound consciousness in the minds and hearts of the peasantry – that they too were made in God’s image and that the existing structures did not have to be as they were. They wanted change, and some chose the path of violence. Civil war erupted – and much of the peasantry was stuck in the middle. During this time, throughout Central America, many priests and nuns could be found standing alongside the poor, even though this was a dangerous place to stand. The Christian Brothers were no different.

Writing home in January 1982, Br. James said: “I am personally weary of violence, but I continue to feel a strong commitment to the suffering poor of Central America. … the Church is being persecuted because of its option for the poor. Aware of numerous dangers and difficulties, we continue working with faith and hope and trusting in God’s Providence…I have been a Brother of the Christian Schools for nearly 20 years now, and commitment to my vocation grows steadily stronger in my work in Central America. I pray to God for the grace and strength to serve Him faithfully among the poor and oppressed in Guatemala. I place my life in His Providence. I place my trust in Him.”

One month later, desperate to turn the tide of the fight against the rebels, Guatemala’s military started forcing young Indian students to serve in the military – including young men from the Brother’s School in Huehuetenango. In early February 1982 a Christian Brother went to the authorities to obtain a student’s release. The military refused. The Brother insisted. It is believed that this incident made the Christian Brother’s marked men, and in that environment, the Guatemalan military would surely try to send a message.

On February 13, 1982, Br. James Miller was shot and killed by masked gunmen while on a ladder repairing a wall at the De La Salle Indian School. He was 37 years old. 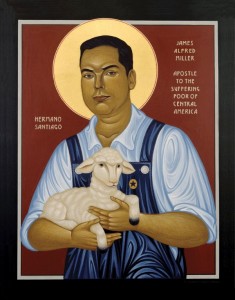 For the past two years the great sin that Pope Francis has urged us to prune from our lives during Lent is the sin of indifference – being so concerned with ourselves that we don’t hear the cry of the poor. Br. James Miller heard that cry. Let us find inspiration in his story as we fight against indifference this Lenten season. 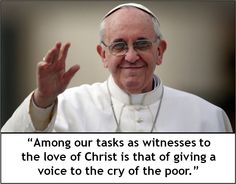 Let us pray. (prayer adapted from Midwest Province prayer service)
Brother James Miller’s main concern was to empower the laity especially the poor and the oppressed. Lord, send us men and women who will work for the poor.
Brother James Miller had great love for the poor to whom he ministered, May our love and concern for others heal and empower them and lead them to You, O Lord.
We pray for our Brother James Miller and all who have died in working for the dignity of the poor, that they will not have died in vain. May the gift of their lives continue to enrich and inspire the church throughout the world.
O loving God, Father, Son, and Holy Spirit, hear our prayers as we honor our Brother James Miller. Continue to give us courageous hearts filled with faith and zeal as we work for Your kingdom here on earth. O God, You are the Source of All Being and the Creator of unfailing light and wisdom, give that same light and wisdom to those who call to You. As Catholic educators and Lasallian ambassadors of Christ, may our lips praise You; our lives proclaim Your goodness; our works give You honor, and our voices celebrate You forever. May the Spirit of the Risen Lord Jesus, our Teacher and Brother, be forever in our hearts and may this same Spirit shine in and through us as we enlighten, educate and guide the youth entrusted to our care. Amen. 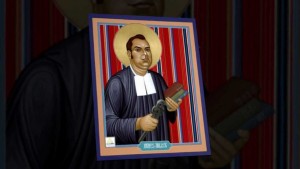 + Saint John Baptist de La Salle…pray for us.
Brother James Miller…pray for us.
Live Jesus in our hearts…forever.