Is it wrong to discriminate against someone for their body type, ethnicity, economic status, religion or gender? I would like to believe that as twenty first century Americans we can easily answer: Yes, it is wrong to insult someone for something that they cannot control. From a general standpoint, we have made significant leaps in the last century to move towards eliminating discrimination, and we nurture this equality belief in our Lasallian community. We embrace diversity, world religions and overlook race and gender. However, Americans tend to fall short when they hit this question: Is it wrong to discriminate against someone based on their inborn intelligence? While many of us would say yes, our actions oftentimes contradict that “yes” when we directly or indirectly treat people with intellectual disabilities as our inferiors.

In 2010, President Obama signed a bill replacing the words mental retardation in all documentation with intellectual disability. Unfortunately, the rest of the country did not follow suit. In 2016, we accept everyone regardless of their differences from the societal norm, or at least refrain from outwardly insulting someone, however we make an exception for people with intellectual disabilities. We comfort ourselves when we use derogatory phrases with the belief that “no intellectually disabled person is around”, and that “it is only an expression”, but our language plays a role in the way we treat the dignity of others. 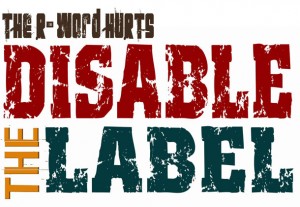 Intellectually disabled people have the ability to love, to experience pain, pleasure, form relationships with others and are made in the divine image of God the same way everyone else was. God has an active plan for their lives, and they often bring great joy to the people they encounter. 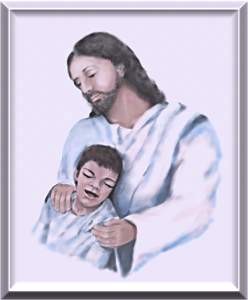 As it says in the book of Proverbs, “Speak up for those who cannot speak for themselves, for the rights of all who are destitute. Speak up and judge fairly; defend the rights of the poor and needy.” Tomorrow, March 2, is the international Spread the Word to End the Word Campaign day. At all lunches, our friends from the Meeting Street School will be visiting La Salle. There will be a banner in front of the cafeteria for the student body to sign, pledging to stop using the R-Word in a derogatory manner. Take this opportunity to make a personal decision to remove the R word from your vocabulary. The R word retarded means by definition, “less advanced in mental, physical, or social development than is usual for one’s age.” It does not mean foolish, stupid, ridiculous or any of the derogatory meanings we give it in every day conversation. People with intellectual disabilities are our peers, our friends and our brothers and sisters in Christ, and they deserve the same respect that we give everyone else. The only R word we should be using is respect for everyone, regardless of their intellectual disability. 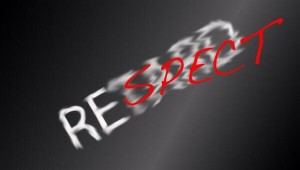 Let us pray,
Lord, when you died on the cross for the world, you did not discriminate. Give us the eyes to see you in everyone we meet, especially those with intellectual disabilities. Give us hearts of compassion for those who are suffering in any way and give us the grace to treat every human life with dignity and respect, for we are all the works of your loving hands, and you do not create mistakes.