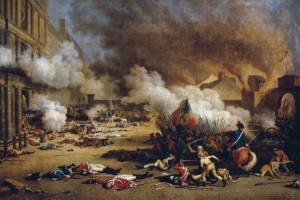 Let me invite you to take a trip back in time with me (224 years ago).  The date is September 2nd 1792 in Paris at the time of the French Revolution.  A middle-aged Brother, Brother Solomon Leclerq, an ordinary man, who assisted the head of the Brothers of the Christian Schools (the group to which we Brothers at La Salle belong), was murdered in the garden of a former Carmelite convent that had been transformed into a prison.  Brother Solomon had been taken from his workplace by a gang of citizen soldiers.  He was imprisoned because he refused to renounce his beliefs—he refused to take an oath that would have made him deny his Catholic faith.  So he was guillotined—his head was chopped off.  An ordinary man doing an ordinary job but called to make an extraordinary decision.  Brother Solomon was the first Christian Brother martyr and, in a little more than a month on October 16th in Rome, will be canonized by the Catholic Church as Saint Brother Solomon. 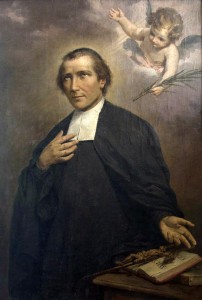 Five more Brothers ranging in age from 50 to 75 years old were also arrested and imprisoned over the two year period of 1792 -1794.  Three of them were jailed in an old prison ship, the Rochefort, and after spending months of captivity, enduring suffering and oppression, they died of mistreatment and starvation.  Another was guillotined before a cheering crowd that shouted insults and blasphemies, his guillotined head raised by its hair like a trophy for the jubilant crowd.  The fifth Brother, an older man sick in his bedroom cell, was beaten in bed and his body thrown out the window.  Ordinary men—doing ordinary things—most of them teaching poor kids in elementary schools—called to make an extraordinary decision. 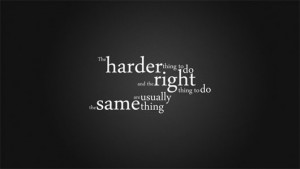 O, we are not standing before a judge or an angry crowd; we are not facing imprisonment or beheading.  However, we are facing the judgments of others; we are facing the pressure of the crowd of our friends or the pressure of our culture to conform—to deny what we really believe is right—and to go along with the mob.  To do what is right and good and honorable and just and caring—in the face of adversity—is truly extraordinary. 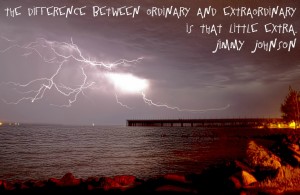 Let us pray:  Good and gracious God, be with us today as we face whatever challenges may come our way, be they large or small.  Give us the courage to respond in an extraordinary way.  AMEN.