Sorry if I startled you, but those are just the sounds of a typical morning at my house growing up.  You see, my father was a chef at a hotel in Boston, and he thought the best time of day to do anything, especially cooking, was as early in the morning as possible.  It was totally normal for me to wake up at 6am on a Saturday morning and find 100 meatballs or crab cakes on our kitchen counter, waiting to be cooked and frozen. 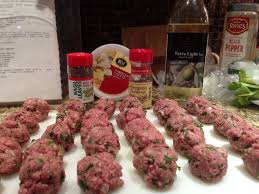 My dad’s habit of doing everything early in the morning meant that, by necessity, we were a family of early risers.  So, I like getting up early and I like the morning.  Every morning is a fresh start, and it is when I’m feeling the most positive and the most productive.  There’s nothing I like more than a first period math class (see you in a few minutes, Algebra 1, Period F!).

But here’s a secret.  Even though I love the morning, what I love more is that moment just before you get up where you are suspended between awake and asleep.  This is a little moment of peace, the calm before the storm of our busy days begins.  In that moment, it is tempting to stay in bed, to push starting the day off until the very last moment. 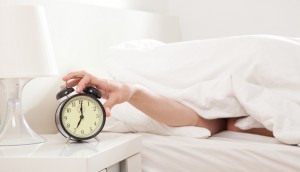 Once I no longer lived at home and had the clanging of pots and pans to make it impossible to stay in bed, this temptation to put off starting the day for a few more minutes was a real struggle for me.

This all changed a few years ago when I met a teacher, much older and much much wiser than I, who changed my perspective.  I learned that when she would find her homeroom students looking tired, weary, and generally less than enthusiastic about the school day ahead — much like you might be feeling on this Tuesday morning — she would say to them, “Say yes to the morning, love!” 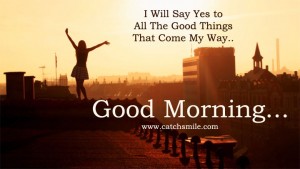 Until I heard it, I didn’t realize how important it was to say yes to the morning, to embrace starting a new day without reserve.

You see, when you don’t make a habit of saying yes to the morning, it’s harder to say yes to the other things that happen in your day.  You get in the habit of making excuses to remain comfortable for just a few more moments, and you aren’t able to be your best for yourself and others.

This is an especially appropriate thought today, on the feast of St. Luke, the evangelist who writes about the greatest ‘yes’ in all of history.

In the Gospel of Luke, we hear that the angel Gabriel was sent from God to a town in Galilee called Nazareth, to an unsuspecting young woman named Mary, to announce to her that she would become the mother of God through miraculous circumstances.  This meeting between Gabriel and Mary was a moment of peace, the calm before the storm that would be the rest of her life, Mary did not try to push it off, to keep her normal life a little longer.  Rather, she replied without hesitating, “I am the handmaid of the Lord.  May it be done to me according to your word.” 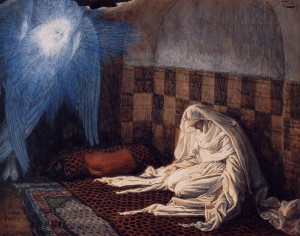 Help us to say yes to this morning and every thing that comes after it.  Help us to live this day according to your will, serving others needs even when it invades our moments of peace and comfort.

Live Jesus in our Hearts — Forever!

2 thoughts on “Say “Yes” To The Morning”