Let us remember that we are in the holy presence of God! 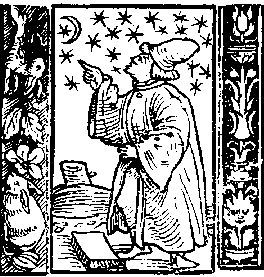 Allow me to tell you a story.  Once, long ago, a king who was also an astrologer nightly studied the stars for signs and messages.  One night he decoded a strange pattern of stars and was terrified to read of a great calamity that would befall him on a certain day in the near future.  Frightened, the next day he ordered a great stronghold to be built out of massive rock in which he would be safe from the predicted catastrophe.  When the day of his calamity predicted by the stars arrived, he entered the stronghold and placed armed guards all around it.  Once inside he was shocked to see daylight.  With leftover mortar he quickly filled the small hole so the disaster couldn’t slip through.  He sat down, relieved that he was finally safe.  But he was quickly seized with panic as he realized that by blocking every possible opening through which disaster could enter, he had imprisoned himself without air or light.  The king died that night.  The stars had not lied. 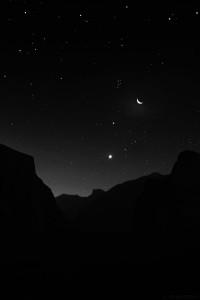 How many of us, like the king, fearing some misfortune, build walls of defenses around us only to become imprisoned in circumstances far worse than that of which we were afraid in the beginning? 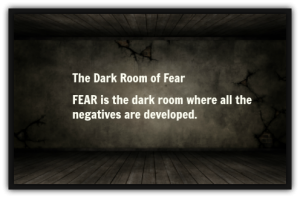 I think of the student who has not studied for a test and, fearful of not passing, sets up an elaborate scheme of cheating—looking at the answers of another, having information stored in an electronic device, writing on one’s sleeve or hand or forearm, having cheat notes—only to be discovered by the teacher.  That student is now faced with a situation far worse than the first!! 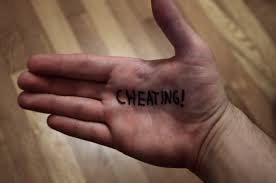 I think of the student who is afraid of some relationship—an abusive relative, an abusive girlfriend or boyfriend—who builds up walls of silence, unwilling and ashamed to talk with someone, denying that anything is wrong.  That student has shut off any way to get free from his or her fears. 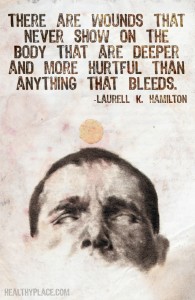 I think of the persons who fear what other people think of them or who fear the anger they have inside or the hate or the questions they harbor about who they are.  Sometimes these people allow that fear to eat away inside them, to blind their judgment, to move them to act not out of the light of love but out of the blackness of discouragement or frustration.

All of us have fears in our life—fears of illness or death either for ourselves or for a loved one, fears of failure in school or in sports or in our job, fears about the world and all the human and natural disasters around us—from terrorism to tsunamis, fears about our future and our well-being.  The natural reaction is to run from fear, to hide from fear, to curl up and pretend the fear does not exist (it is all a bad dream and will go away).  However, our faith reminds us that Jesus has conquered all fears.  So frequently he tells his disciples and he tells us: Do not be afraid!!  Trust in God and trust in me!!  Heavens and earth will pass away but I, Jesus, will not pass away. 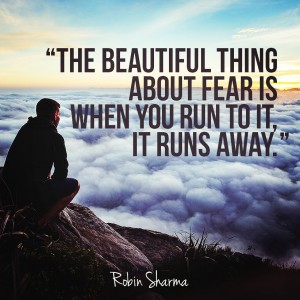 Jesus is with us at all times and in all seasons.  O, fears and troubles and disasters are not going to disappear—that’s a part of life!!  The challenge is how we face those fears.  Do we give into our fear?  Do we build walls to protect us from our fears, closing ourselves up like the king in the story?  Or do we look our fears in the face, take them on head on, trust in God, and do the best we can.  When we do that, we summon our courage and use our freedom and call upon our best selves and say: “I need not be afraid, for God is with me and God has given me the gifts needed to face whatever challenge is before me.”  Do not be afraid!! 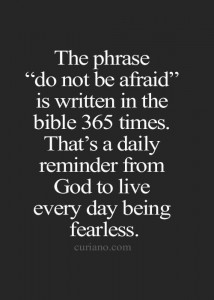 Let us pray:  Lord, life has its challenges, its ups and downs, and life is not always easy.  Give us the wisdom to recognize your constant presence and the courage to use the gifts you have given us to face whatever fears or dangers come our way.  AMEN.