A couple weeks ago, I attended my fourth baby shower. Though I was well prepared for the pastel decorations and the endless unwrapping of gifts, I found myself unprepared for the emotional grudge I was about to develop against the mother to be. 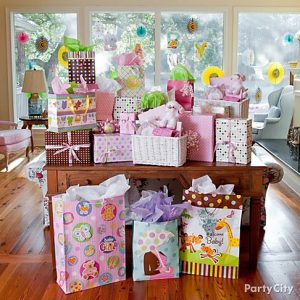 For a teenager, I considered myself an advanced baby shower attendee and figured I would spend it sitting around eating duck shaped cookies, admiring the gifts and wishing the best of luck to the expectant family. However, expectations of a positive day proved to be incredibly inaccurate. This wasn’t just another baby shower. It was my sister’s and the first in which I was expected to decorate the tables, lift baby carriages, transport gifts in my car and somehow get rid of the mountains of tissue paper that would inevitably occur. My confidence in the day dropped when I saw the abundance of gigantic boxes piled in the center of the party. After only a half hour of unwrapping, I became exhausted and resentful towards my sister. Why did she expect me to do all of this? How am I going to carry a crib by myself? Where were the cookies? Why does she need three humidifiers? I had decided to focus on my problems and lost sight of what we were supposed to be celebrating. 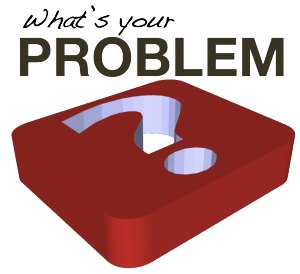 However, after piling the last gift in my trunk I was greeted by my sister with words of appreciation and a hug. I felt myself let go of the resentments I had because I realized something evident. I was complaining about humidifiers when I was about to be rewarded with a niece.

Rewards don’t mean much if we don’t do anything to deserve them. When focusing on our obstacles, we often lose sight of the future. 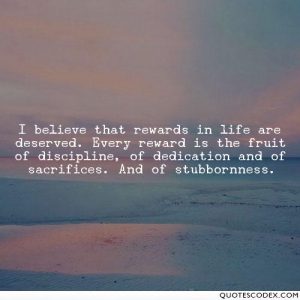 Throughout my time as an adolescent, I have learned it is best to be positive even in the darkest of times. It is enlightening to know that a new day will always come and another opportunity is always going to be there. In the words of the prophet Jeremiah: “For I know the plans I have for you, says the Lord, plans of peace and not of evil, to give you a future and a hope.” Trust in hope and do not lean on your own understanding of the world. Hope can contribute greatly to a person’s faith in God and attitude towards others. Though I am confident that the future will hold positive outcomes, I know that there is inevitable doubt in every aspect of faith. Whether you’re an aunt to be, mother, teacher, brother, father or student I encourage you to shed light on those doubts with hope and know that the will of God will never lead you where the grace of God will not protect you. 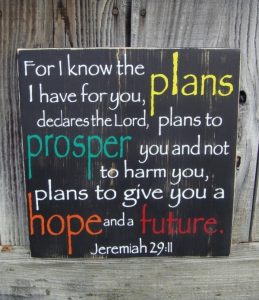