S: Let us remember, we are in the holy presence of God,

Spoken again in Chinese and Korean

A: It’s time to set new goals, weave new dreams and plan new ways to fulfill the promises of the past.

S: As we approach the end of the first month of 2017, it is actually the start of the New Year on the Lunar Calendar.  Many Asian cultures and communities around the world prepare to celebrate Spring Festival, or Chinese/Korean New Year.  In the Chinese zodiac, it is the year of the Rooster, a symbol of honesty, as well as physical and moral fortitude. It signifies fortune, luck, fidelity and protection. 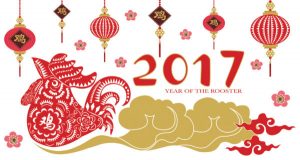 E: In Korea, people believed roosters understood time well and considered them a symbol of hopeful beginnings and good omens. It was said that when a chicken made a sound, all evil spirits disappeared.  It has been recognized for intelligence, patience, and bravery. 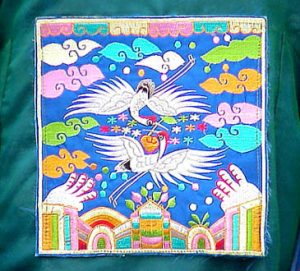 A: In Christianity, the rooster is noted for crowing three times after Peter denied Christ. As such, it has become a symbol for Christ’s passion and resurrection. Later, the Rooster would signify repentance, as Peter who had denied Christ felt sorrow for his sins and sought the mercy of God. 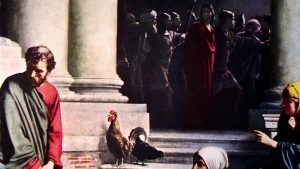 The rooster crows to signal the start of a new day.  With the Chinese and Korean New Years upon us, now is a great opportunity to pick up New Year’s resolutions you may have already dropped, live life with the honesty, moral fortitude and hope symbolized in the rooster and to find some motivation to push through the second semester.

On behalf of the International Students Club we would like to wish the entire La Salle community a Happy Spring Festival and Chinese and Korean New Year!

Say in Chinese – Live Jesus in our hearts, Forever.

Say in Korean – Live Jesus in our hearts, Forever.

Say in English – Live Jesus in our hearts…Forever.