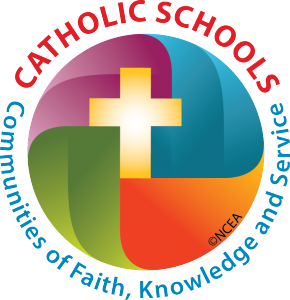 Saint John Baptist de La Salle founded his first school in 1685 with his sole purpose and mission to educate students on not just science, math and history, but to educate them on how to become better people. With this mission in mind and his courageous drive to step away from the norms of society, De La Salle knew that he could not fulfill this mission alone and began to not just educate, but empower teachers to become leaders to fulfill his mission.

One of these people is Geoff Marcone. Mr. Marcone or Coach Marcone is someone who exemplifies the Lasallian educator. He is a true leader. Coach Marcone gets the most out of his students and athletes daily by encouraging and motivating them to be the best at whatever they are doing. This is something that he models on a day to day basis. He always strives to be his best. 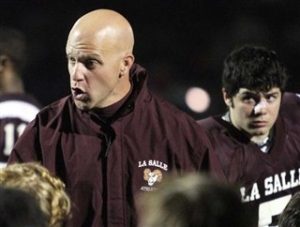 Coach Marcone builds relationships through trust. There is truly not a more sincere, genuine and caring person than Geoff Marcone. He checks in with his students daily and puts their needs and well-being ahead of his own, even when he does not have to. Coach Marcone is selfless. He wants all of his students and athletes to be successful. He will do whatever he can to make that happen.

“Character is who and what you are, when nobody’s watching.” This is something Coach preaches day in and day out. In this day and age, it is easy to say things and not follow through. In my opinion, he embodies the definition of character. Geoff Marcone is character. He is the same person all of the time, no matter the circumstances, which is an incredible attribute. He treats everyone with respect. He cares about the people he has developed a relationship with. He is a great father, teacher, coach, role model and friend. 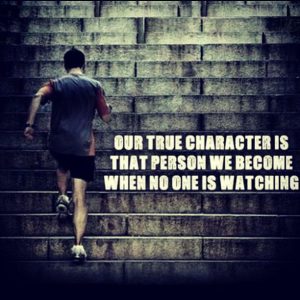 I am blessed to have been a student, an athlete, and a colleague of Geoff Marcone. I am just one of the many examples of someone who has been made better, not just in the classroom or on the field but in the most important game of all, Life.

Today, he will accept one more honor to his already impressive list of accomplishments. He will be named the Distinguished Lasallian Educator at La Salle Academy for this year. I am honored to call Geoff Marcone a friend and even extremely more honored to congratulate him on this prestigious award. Thank you, Coach, for your mission and your leadership.

Lord, thank you for bringing people like Geoff Marcone into our lives, who truly strive to make us better each and every day with their leadership. Thank you for giving us teachers, coaches, and mentors who model your love and dedication even when we don’t deserve it. Please continue to bring us leaders who will continue to carry out your will and goodness on earth.  Amen.

Live Jesus in Our Hearts…Forever.