Over Christmas break my 10 year old granddaughter asked me if I ever told people about her disease. I generally don’t but Clara, my sassy little gymnast and young advocate, wants to bring attention to her condition and to the complicated world in which she thrives. So today, which has been designated Rare Disease Day, I’ll tell you about my little cutie pie. She has a disease that only 200 people worldwide have been diagnosed with. The condition is known as Cloves Syndrome. It is caused by a mutation in the Pic3a gene and generally manifests itself in overgrowth and vascular malformations. Simply put, she is bigger on one side of her body than the other. She has extra bones in her cheek, arm, leg, and foot as well as some extra veins that had to be surgically closed in a 12 hour surgery in December of 2015. She has already had three major surgeries and will most likely have dozens more. One of Clara’s deepest wishes is that someone will develop medication or other treatments for Cloves syndrome, and for the other 7000 identified rare diseases. 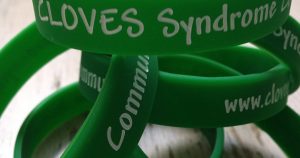 An enduring theme here at La Salle Academy is “enter to learn, leave to serve”  and I often wonder how broadly we define that. We serve in soup kitchens, read to underprivileged children, volunteer with the Special Olympics, we walk for ALS, and ride for cancer. We give generously to our adopt a family program, our twinned school in Rongai, Kenya, and our young Lasallian ministry in Haiti. Our community is strengthened by our convictions and by the compassion we show in our service to others.

Clara has a different perspective of service. For her, service encompasses the doctors at Boston Children’s Hospital who give freely of their time to answer phone calls or texts from a ten year old kid. Or the woman in the billing department who educated herself, on her own time, about Cloves Syndrome so she could go to bat for Clara when my daughter’s insurance company wouldn’t pay for a surgery.

Clara’s disease may be rare but all human needs and dreams are common. Our communities are full of people that are easily ignored or marginalized because facing the truth can be painful. It is humanity’s generosity of spirit and love that makes life’s hardships bearable. And service is about giving of yourself in any way you can. Our communities, our lives, our humanity, depend on it. 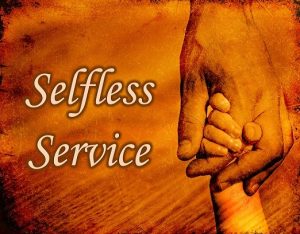 Dear God, teach me to be generous, to give without counting the cost, to fight without care for my own wounds, to labor without seeking rest, to spend myself without looking for any reward other than that of knowing that I what I do is right and just. Amen

Live Jesus in our hearts…forever,

One thought on “Enter To Learn….Leave To Serve”