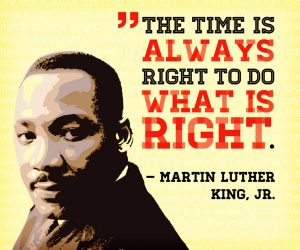 Martin Luther King was the conscience of his generation.  He gazed on the great wall of segregation and saw that the power of love could bring it down.  From the pain and exhaustion of his fight to free all people from the bondage of separation and injustice, he wrung his eloquent statement of his dream of what America could be.  He helped us overcome our ignorance of one another. He spoke out against war he felt unjust, as he had spoken out against laws that were unfair.  He made our nation stronger because he made it better. He continued to his last days to strive for a world where the poorest and humblest among us could enjoy the fulfillment of the promises of our founding fathers. His life informed us, his dreams sustain us yet.

Forty-nine years ago today, Dr. King lost his life for the cause of equality for all.  Let us pause to remember the great legacy of this man.  We pause to remember how Dr. King’s deep faith called him to his legendary role as a leader to all people.

As you remember this great man, I ask you right now to listen to a prayer that was written by Dr. King himself. 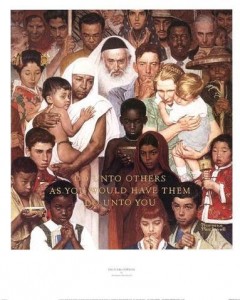 Live Jesus in our hearts: Forever.

*drawn from a variety of sources