(Prayer offered on the Public Address system for the entire La Salle Academy educational community on Tuesday, 2 May 2017)

Let us remember that we are in the Holy Presence of God!

Yesterday, May 1st we celebrated the First Religious Brothers Day. 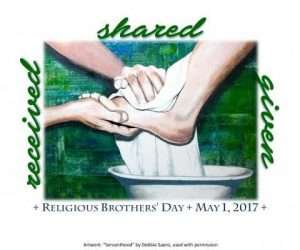 The idea for such a day came out of a group known as “The Brothers Think Tank” of which I am a member.  The Think Tank was formed about 5 years ago to look for ways to make BROTHERS better known.

One of the first things they did was to petition Pope Francis to declare a year of Consecrated Life – Consecrated Life is Religious life – members of Religious Orders – men and women who serve the Church in a special way………..And he did it.  And 2015 was that year.

Last year the Church headquarters in Rome – what we often refer to as the Vatican – published an official Document entitled: “Identity and Mission of the Religious Brother in the Church.” 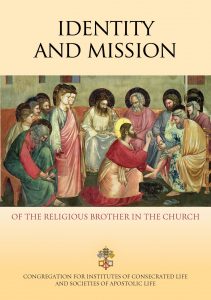 Here are two lines from that document: “Rooting his life deeply in God, the Brother consecrates all creation, recognizing the presence of God and the Spirit in creation and daily events.  Because the Brother recognizes this active presence, he can proclaim it to his contemporaries.”

The Think Tank members were very happy with this document and decided to make it the focus of their “National Symposium of the Religious Brother in the Church“ which was held just a month ago at Notre Dame University in Indiana.

Another thing the Think Tank members decided to do about a year ago was to have a Day designated as “Religious Brothers Day.”  Yesterday, May 1st – Feast of St. Joseph The Worker – was that day.

Before closing with a short prayer I’d like to share with you the words of a Young Brother I know who recently pronounced his Final Vows: He said “We Brothers can offer hope and stability in a chaotic society.” 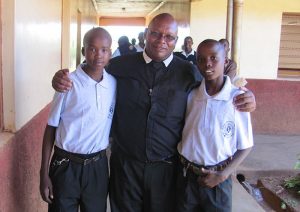 He went on to say that he joined the De La Salle Christian Brothers because of their multiculturalism and their strong focus on education.  “Everyday” he said, “ you have the opportunity to share the love of the Gospel with young people…through teaching, , listening to young people, hearing their faith and reflections.  It’s an incredible joy.” 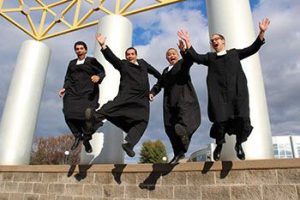 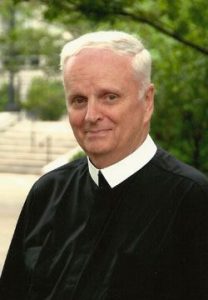 One thought on ““It’s An Incredible Joy!””