In the Gospel reading at Mass yesterday, we heard Jesus speak about forgiveness. At the start of the passage, Peter asked Jesus, “Lord, if my brother sins against me, how often must I forgive? As many as seven times?” Jesus answered him, “I say to you, not seven times but seventy-seven times.” Jesus then went on to tell a parable about a king who, out of compassion, forgave his servant a large debt. That servant, having just been forgiven, then turned around and demanded repayment of a much smaller debt from one of his fellow servants, refusing to show him the compassion that he had just received. 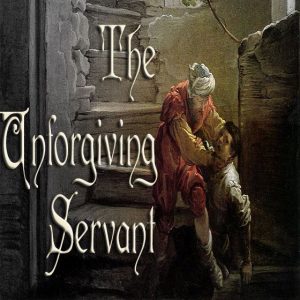 Unfortunately, more often than we might like to admit, it seems you and I act a lot like that unforgiving servant. Of all the commands that Jesus gives His disciples, it seems that forgiveness may be the one that gives us the most trouble. Indeed, Jesus commands us to feed the hungry, give drink to the thirsty, welcome the stranger, clothe the naked, care for the sick, and to visit the imprisoned. And though we often fall well short of fulfilling these commands, we can see the good in them. We can see the suffering of the hungry woman in the soup kitchen, the ill-clothed homeless man in the dead of winter, the sick woman in the nursing home.

Far more difficult, however, is seeing the wounds in those who sin against us. The man who cuts us off on 95 because he’s late again and can’t afford to lose his job. The colleague who slips up and says the wrong thing because she was up late with a sick child. The classmate who ridicules us in front of his friends, because it seems like the only way he can get their attention. 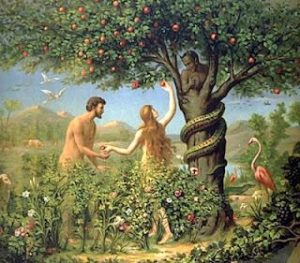 It is as if, when we are hurt, we bear the invisible weight of human sin and frailty going back to our first parents; that when they ate the forbidden fruit, they planted a seed that has spread its roots all the way from the Korean peninsula to the Persian Gulf, from Charlottesville to Twitter, and into our own living rooms. And we, you and I, are forced to bear the weight of one another’s transgressions so that, slowly, this tree might be uprooted. A difficult task, no doubt. And one that certainly bears more consideration than a brief morning reflection.

But lest we think ours is a God who cannot sympathize with us, let us remember that man who bore this very tree of sin through the streets of Jerusalem. A man who, when He was finally nailed to that tree and raised up for all to see, turned to His Father and said, “Forgive them, for they know not what they do.” 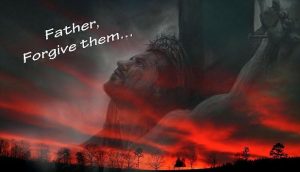 Heavenly Father, please help us to forgive. Although it may take years, or even a lifetime, when we are so deeply wounded, please help us to find encouragement in the example of Your Son and guidance in the words of a loving soul. And please forgive us our trespasses as we forgive those who trespass against us. Amen.