Let us remember that we are in the holy presence of God: 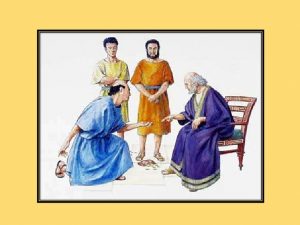 One of my favorite parables come from Matthew 25. In this parable a master gives 3 servants talents (a type of currency or money). To one he gave five talents, to another two, to another one, to each according to his ability. After a while, the master went to settle his accounts with his 3 servants. The servant who received 5 talents doubled his money and finished with 10. The servant who started with 2 doubled his as well. Both were given the same reward.

But, the man who was only given one talent buried his talent in the ground. Unlike the other servants, this third servant was unable to turn a profit with his one talent.

One of the most overlooked lessons of this story teaches us that we are not all created equally. We know this from reading the second half of verse fifteen: the master gives to each servant talents, “…each according to his ability.” The master understood that the one-talent servant was not capable of producing as much as the five-talent servant.

We want to protest this as unfair. Yet we know this is true from our own experience. Diversity is woven into the fabric of creation. 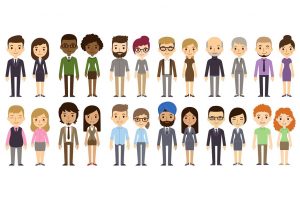 Think about these important aspects of your life whether it’s school, sports, etc. Did God give you five talents, one talent, or maybe something in between?

Reflecting back on my athletic career, I probably came into high school as a two talent athlete. At 6’2 I was woefully undersized to play middle blocker on the volleyball team. I wasn’t naturally quick, agile, and my vertical was pedestrian at best. So what did I have to do? I worked out literally everyday after school pushing myself to be faster and jump higher. Eventually I would find myself on a college roster. I was at a small college in the middle  of nowhere, but I was on a team nonetheless. My youngest brother on the other hand was always the best athlete on every team he played on: football, baseball, volleyball, it didn’t matter. Eventually, he settled on playing  volleyball and of course made the top flight club teams, and got to compete at the Junior Olympic National Championships for volleyball. At 6’5 was plenty tall enough to have college coaches sending letters and emails every day. I was so jealous because he NEVER really had to work that hard to be good. It just came naturally to him. He was naturally blessed as a 5 talent athlete. 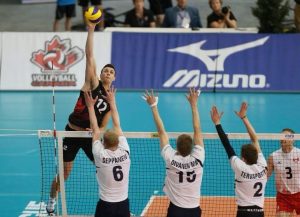 Even though I didn’t have all the natural abilities of my younger brother, or even some of my teammates who also went on  to play D1 volleyball, I would say that I doubled my talents, and I was rewarded.

This is why the reward given by the master is the same. The master measures success by degrees of effort, as should we. 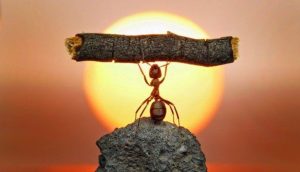 So, my question to you is how many talents did God bless you with? Maybe it’s one, maybe it’s 5. But most importantly, what are you doing with your time here at La Salle to double that number?

Dear Lord ,help us to recognize our talents including our areas of strengths and weaknesses. Allow us to use our time wisely at La Salle to invest in ourselves to multiply the blessings you have given us.

Saint John Baptist de La Salle…Pray for us.
Live Jesus in our hearts…forever.