When I first got the news, I was obviously heartbroken, but I don’t think any of us can honestly say we were shocked. In 2018 alone there have been 7 school shootings resulting in injury or death. Something that should be a tragedy has turned into a normality in America. 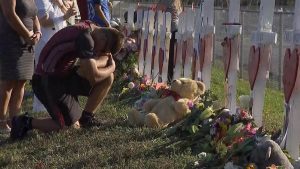 But this morning I want to talk more about the survivors of the Parkland shooting. In tragedies like this, one would expect the survivors to quietly live out the rest of their lives with the burden of trauma, too heartbroken to ever speak out about the matter.

But the students of Douglas High School are fulfilling the exact opposite of this expectation. The students, some as young as 14, have taken the opportunity to step up and speak out about what they believed needs to be changed. Just one week after the shooting a group of students took center stage to be a part of a CNN Town Hall, demanding action from their state legislators. One student in particular, Emma Gonzalez, gave a powerful speech at a Fort Lauderdale rally just three days after the shooting, stating, “We are going to be the kids you read about in textbooks.” 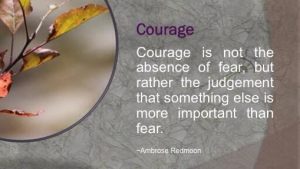 As Romans 12:21 states “Do not be overcome by evil, but overcome evil with good.” The students of Douglas High School have responded to this tragedy with resilience and determination, bringing their community together to heal and build change. No matter where you stand on this issue, I believe we could all learn something from the extraordinary students of Parkland, Florida. 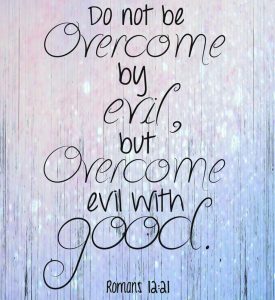 Dear God, we pray for the victims of the Douglas High School shooting, in hopes that their families find a way to heal from the loss of loved ones. We pray that You bring strength to the survivors of this tragedy. And lastly, we pray for the courage to create a world that is safe for all of its children.

Live Jesus in our hearts – forever.