On this Easter Monday, as we continue our celebration of Jesus’ resurrection, I would like to return to the scene of that first Easter morning recounted at Mass yesterday. St. John the Evangelist tells us that Mary Magdalene went to Jesus’ tomb early Sunday morning, so early that “it was still dark.” (Jn. 20:1) Seeing that the stone covering the tomb had been taken away, she ran to inform two of Jesus’ closest disciples – Peter and John. Upon arriving at the tomb, Peter and John entered; John, we read, went into the empty tomb “and he saw and believed.” (Jn. 20:8) Something from that scene struck him – perhaps it simply made sense of the words that Jesus had spoken to him, but, up to that point, he could not fully understand. And so John and Peter returned to their homes, leaving Mary alone at the tomb alone, weeping. 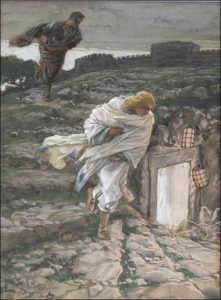 Two angels appeared to Mary in the tomb, asking her why she was weeping. “Because,” she explained, “they have taken away my Lord and I do not know where they have laid him.” (Jn. 20:13) She then turned around and saw Jesus standing there, but significantly, as St. John recounts for us, “she did not know that it was [Him].” (Jn. 20:14) And this time it was Jesus Himself asking her, “Woman, why are you weeping? Whom do you seek?” (Jn. 20:15) Mary sounded a wearied response: “Sir, if you have carried him away, tell me where you have laid him, and I will take him away.” (Jn. 20:15) At that, Jesus simply said her name – “Mary” – and immediately she recognized Him. 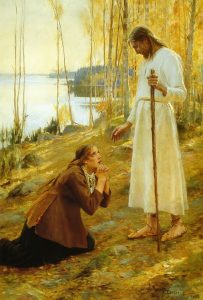 And we, John’s audience, are simply left to ponder…“Why?”

Why did John immediately recognize the significance of the empty tomb ‘and believe’? Why didn’t Mary? Why didn’t she recognize it at the appearance of the two angels? Or even upon seeing Jesus Himself? Perhaps her mind was darkened by anger thinking that someone would cruelly add to the anguish of the crucifixion by stealing Jesus’ body. Perhaps her faith was clouded by grief at the loss of a beloved friend. Perhaps it was simply the physical fatigue of two sleepless nights or the tears clouding her vision that would not allow her to see Jesus clearly. St. John does not tell us. But, then again, does he have to? Does he have to tell us, any one of us, how the circumstances of life…anger, grief, confusion, stress or simple fatigue…can disrupt our ability to recognize God’s presence in our lives? No, I think not. 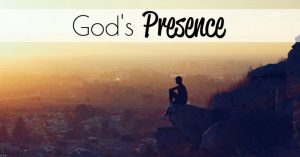 But St. John’s account does contain an important lesson: Mary never did stop searching for her Lord. She set out in the darkness of the early morning to reach Him. When she could not find Him there, she confided this to her close friends. And when they were no longer there by her side, she stayed at the tomb, alone, she wept, and continued to question, to plead. And, in a moment of grace, she heard His voice and her eyes were opened.

Father, help us to remember that we are an Easter people. We, like Mary, are sometimes weighed down by suffering – the anger of betrayal, the sorrow of loss, the physical toll of each day – and You can seem so distant. May we trust that if we persevere in Faith, You will bless us with the grace to recognize that You have been right before us all along, calling each of us by name.

Live Jesus in our Hearts…forever!