Good morning La Salle! Let us remember that we are in the holy presence of God.

Today, the Church celebrates the Feast of the Exaltation of the Holy Cross, a day when we commemorate God’s saving act through His Son’s death and resurrection. Take a look at the crucifix on the wall of your classroom. Pretty innocuous, right? The mere fact that I can direct you to simply turn around to spot the nearest Crucifix tells us something of the ubiquity of this symbol of the Catholic faith. But this was not always the case. In fact, it took centuries for the Cross to take hold as the symbol of the Christian faith. No doubt this was due, at least in part, to the fact that crucifixions of Christians and others were still taking place – a form of capital punishment so horrific, so inhumane that the Romans themselves would rarely use it on their own citizens. 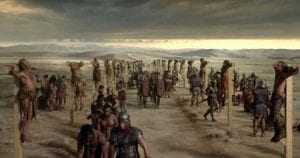 But if the cross itself has become somewhat less shocking through the centuries, what it represents is as scandalous as ever: That is, simply put, the willingness to suffer for others. The willingness to suffer discomfort, hurt, embarrassment, even pain, in order to relieve the suffering of our neighbor. Scandalous because, in a culture where we are often taught to put ourselves first, the Cross reminds us of Jesus’ admonition to love our neighbors as ourselves. Scandalous because, in a culture where conquering one’s enemies is what’s celebrated, the Cross reminds us that we must love even our enemies and forgive those who persecute us. 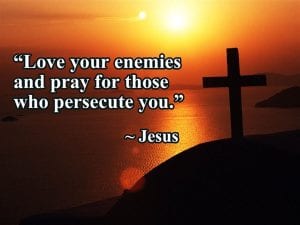 But lest we get caught up in society at large, perhaps we should take a look closer to home. What does the Cross mean for me, for you? It might mean taking the time to listen to a friend or colleague having a difficult day, even though we may feel we have burdens enough of our own. It may mean going to visit an elderly parent or grandparent on a Friday afternoon after a long, first full week of school. It may mean not going along with a group of friends when they put someone down, even though this might make me look bad. Or worse yet, offering a smile or a hello to a classmate whose friendship gains me nothing in the eyes of others. It might just mean holding the door as I pass through the auditorium, even though I am already running late to my next class. Whatever it means for us today, there is a Crucifix on the wall to remind us that a sacrifice still greater has already been made. And when we fail to love as we ought, the Cross is again there to remind us that forgiveness is as simple as turning back to a Father who awaits us with open arms. 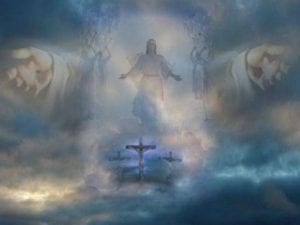 Christ Jesus, though he was in the form of God,

did not regard equality with God something to be grasped.

Rather, he emptied himself,

taking the form of a slave,

and found human in appearance,

even death on a cross.

Live Jesus in our hearts…Forever!