We pause and remember that we are always in the Holy presence of God.

I once heard a story of a man who fell down a cliff, but before falling to his certain death, he was able to grab hold of a limb protruding from the side of the cliff. As he gripped the limb with all his might, he looked up to the heavens and said, “Is anybody up there?” The man heard a calm voice from the top of the cliff, “Do not worry my child. It is God.” The man said, “Help me!” God replied, “All you have to do is let go.” There was a long pause. The man looked down at the steep precipice he was on, and yelled back, “Is there anyone else up there?” 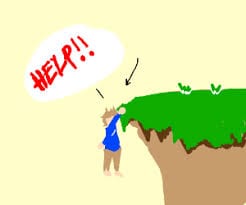 Sometimes we’re sure we’re living lives of faith by going to Mass on the weekend and being, in general, a nice person, but when it comes time to actually do the work of the Church, we pick and choose from the path of Christ because, after all, it’s a difficult road and we’re too busy, or we need to do this one thing, and pretty soon we’re sliding down the cliff.

So what path will we follow? Will we be the one who takes every opportunity to make a real sacrifice for the poor or for those whose lives someone is threatening to destroy? Or to take time to listen to another’s troubles and to pray for them? Do we really believe when we pray, like the woman who knew she only had to touch the hem of Christ’s cloak? What is it that we value?

In Harry Potter’s, “The Sorcerer’s Stone”, Dumbledore points out in this quote: 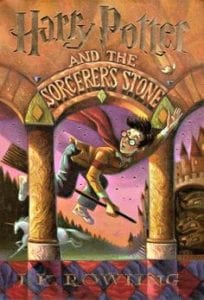 “You know, Harry, the Stone was really not such a wonderful thing. As much money and life as you could want! The two things most human beings would choose above all– the trouble is, humans do have a knack of choosing precisely those things that are worst for them.”

C.S. Lewis once said, “To have Faith in Christ means, of course, trying to do all that He says. Thus if you have really handed yourself over to Him, it must follow that you are trying to obey Him. Not doing these things in order to be saved, but because He has begun to save you already. Not hoping to get to Heaven as a just reward for your actions, but inevitably wanting to act in a certain way because a first faint gleam of Heaven is already inside you.”

Let us be proud of the actions we’ve made because we have followed in the footsteps of Christ.

Heavenly Father, help guide our compass to follow the path Your Son laid out for us in His life. Despite the rockiness of the journey, help us to let go of control and trust in Jesus, follow what we know He would want, –and always trust in God when we’re on a cliff.

Live Jesus in our hearts -forever!