(Prayer offered on the Public Address system and through the intranet for the entire La Salle Academy educational community on Friday morning, 15 February 2019) 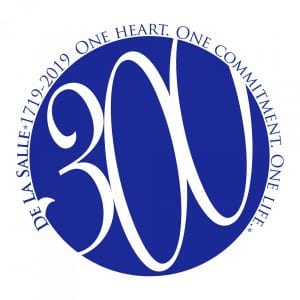 On the SmartBoard in front of you is the “Flame of Faith.” This is one of the symbols or themes of the 300th anniversary of the death of our founder, St. John Baptist de La Salle, which we celebrate this year. 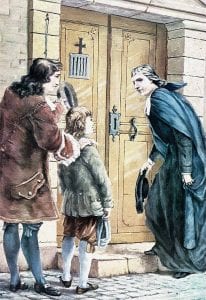 I’m no John Baptist de La Salle. I’ll be honest with you. I struggle with faith in a deep and real way. I struggle daily to “trust in the word of the One who is trustworthy.” As a Religion teacher here at La Salle, I have the privilege to spend my days talking about and listening to people talk about matters of faith, so it might be shocking for you to hear that I struggle with faith – trusting that God exists and that what God has revealed is true and good.

I sometimes wonder whether any of what I teach or that students teach me is true. Last week, in a class discussion, a student asked me “Mr. da Silva, what if someone made all this religion stuff up? What if there is no God? What if the Gospels are just made-up stories?” It was an excellent question. And I’ll be honest, I don’t think I had a very good answer for him. I mean, what if it IS all made up? It’s certainly possible. Then again, we believe biologists when they tell us that every cell has a nucleus containing DNA and we believe historians who tell us that the last king of Portugal abdicated in 1910.

Certainty and faith are opposites. Certainty is knowing without a doubt that something is true. Faith is trusting what someone else tells us is true. We all know that the basis of trust is a relationship with someone. Generally, the people we trust the most are people that we know – our family, friends, etc. I know for myself, I’m less likely to trust someone that I don’t know or don’t know well. Why wouldn’t this also be true of God? Why would I trust what God has revealed to be true and good if I don’t know God … if I don’t have a personal relationship with God? 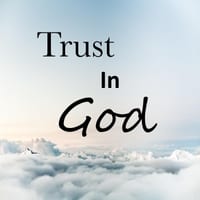 If you’re like me and you struggle with keeping the “flame of faith” alive, why not take some time today and in the restful days ahead over February vacation to spend time in God’s presence in a more conscious and intentional way. We only trust people we have a relationship with. 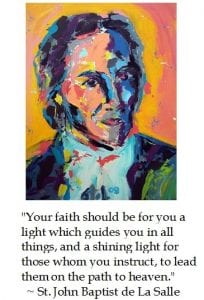 God is constantly and at all times reaching out to each and every one of us, prompting us to deepen our relationship with Him. If you’re struggling with trusting in God’s word like I do, just tell Him. Conversation is the first step in any relationship.

Lord God, You have revealed Yourself as a personal God – ever waiting and prompting us to reach out to You, to respond to Your invitation to relationship with You.

Open our hearts, Lord, to see You at work in our La Salle community and beyond. Give us the grace to trust what You have revealed is true and good.

Bless all Lasallians throughout the world during this tercentenary of the death of our founder, John Baptist de La Salle. May we be open to Your will and follow it as he did.  Amen.

Live Jesus in Our Hearts … Forever.