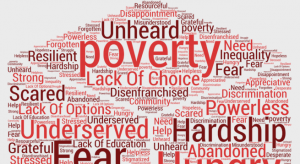 I know a woman named Agnes at my church who runs a group with a simple purpose.  They keep their eyes and ears open for local people who need things, and then they do whatever they can to get those things for those people.

The things people need can be many and varied.  Sometimes, we need nutritious food or toiletries or help paying our bills.  Sometimes we need someone to talk to during a tough time.  Sometimes we need help finding a new job, childcare, or transportation. The people in Agnes’s group are able to find ways to meet these needs by always keeping their eyes on the big picture and connecting people who can help each other.  This sounds simple and not particularly glorious, but their simple, dedicated work can mean the world to someone who needs help. 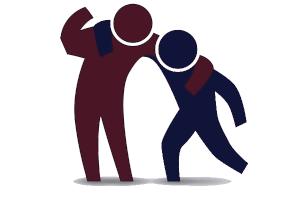 From time to time, in fact, I think they work miracles.  I heard a story about a woman they helped who had become homeless and, as a result, three of her children were in the custody of the Department of Children, Youth, and Families while she stayed with a friend.  She had a source of income and had managed to find a new apartment, but she didn’t have enough money for the deposit and she also lacked most basic furnishings.  Also, she needed to get all of those things in 3 days in order to be reunited with her children.  After an untold number of phone calls and the involvement of many, many people, Agnes’s group convinced the woman’s future landlord to accept a smaller deposit that she could afford, found a number of people with extra furniture they were happy to give, and even found someone with a pickup truck to help with the move.  The story ended happily, with a reunited family and a fresh start.

Recently, I had the opportunity to hear Agnes speak about her group at a fundraiser.  She quoted St. Paul’s letter to the Corinthians, which famously tells us that followers of Christ form “one body with many parts.”  The success of her group depends not on one person, but on the work of all the members together.  St. Paul goes on to say that “God has placed each part in the body just as He wanted it to be.”  The success of her group also depends on each member being in a certain place, with a certain gifts or talent, at a certain time.  One person’s kind and open heart makes them the person that another person thinks to call immediately when they realize someone needs help.  Another person knows someone with an extra twin bed.  Another person’s easy, calming conversational style makes them awesome at comforting the sick or asking tough questions about someone’s financial situation.  The list goes on and on. 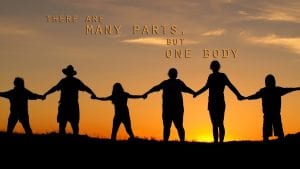 This week is Poverty Awareness Week at La Salle.  Throughout the course of the week, we will gain a deeper understanding of the many different types of poverty that plague our neighbors, both locally and globally.  One thing I hope we will understand more deeply this week, is that no matter what type of poverty a person is experiencing, whether related to spiritual suffering or household income, extreme or relatively mild, one of the biggest problems related to poverty is its invisibility.  It is so easy for the poverty of others, even those in our own neighborhoods, to be invisible because we choose not to see it.  More than anything else, I think the remarkable thing about Agnes’s group is that they make a conscious choice every day to see the needs of other people, respond to them, and help others see them, too.  This week, I pray that we will all do the same. 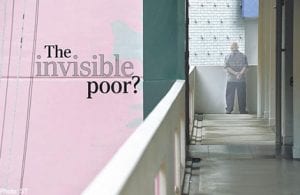 Live Jesus in our Hearts – Forever.