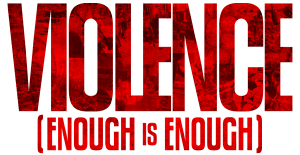 It is an unfortunate reality that violence exists in our world. I’m sure many of us feel overwhelmed when we switch on the news and find that there is another shooting, rape, or assault that took place. However, when something bad happens on the news we have the option of shutting it off and brushing it off. As a result, a lot of us remain ignorant of the acts of violence that occur around us.  It’s normal to us, so why bother watching it or discussing it? 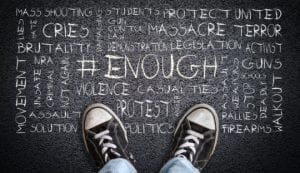 We have become so used to hearing about violence that it is almost normal to hear about a mass shooting in a nightclub or a school. It becomes normal when we hear another person on the news accused of sexual assault. It becomes normal that we see someone post a mean comment about another person on social media. It is only when the situation drastically escalates that people are motivated to speak up and do something about it. When a tragedy happens, there is always a day or two spent discussing how it happened and all the things that could have been done to prevent it.  However, within a week, discussion either ceases or turns into an argument based on political views.  Either way, no real permanent solution is ever found.

We don’t have to wait for a tragedy to occur before discussing possible issues or attempting to find a solution.  Instead of arguing and fighting, we can choose to come together despite our political, religious, or socioeconomic views and find a way to make our schools and our communities better and safer.  Students Against Violence Everywhere is a club dedicated to not only discussing acts of violence in our world but coming up with solutions to these major issues.  By at least talking about violence and recognizing the fact that it is not normal and that something should be done about it, we are making a change. Today we invite both students and teachers to honor the victims of violence by wearing the orange or purple ribbons which will be handed out in homeroom throughout the week. The orange ribbons honor the victims of school shootings and mass shootings. The purple ribbons represent peace and nonviolence. By wearing these ribbons, we recognize that…

(Group part of the prayer)

In society today there are problems.  We are divided by countries, political parties, and fear of causing a ripple in society.

The problems we face will not be solved unless someone is willing to step up and look past the boundaries.

No matter who you are or where you come from, we all know we live in a violent world.

That is why we must all look at the bigger picture, at what we want to see in the world.

Imagine a world filled with peace and love, a world that is not divided but united and standing together as one.

It is up to each and every one of us.

It is up to each and every one of us to be the change. 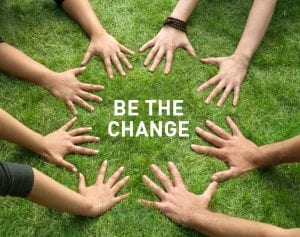 Dear God, give each and every one of us the strength and courage to stand up against violence and be the change that is needed in our world.