(Reflections by Two Seniors on Teachers who epitomize the Virtue of Silence–completed for Ms. Naughton’s Senior Religion Class) 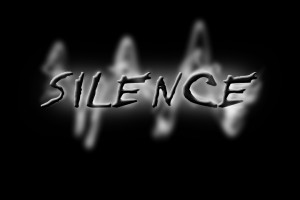 Mr._____ is another teacher who possesses both zeal and patience, but also possesses silence. Mr. _____ is a new teacher at school and he does not speak a whole lot all together, but in his teaching he has a unique method. He gives us a problem and he allows us to solve it on our own. He teaches very little before hand, but he watches us attempt to solve the _____prompt. He allows us to try to teach ourselves, watching us, and then stepping in just as we are at our lowest and need an extra hand.

Mr. _____was my ____ teacher junior year. It was by far the best ____ class in my four years at La Salle (the others were also good so as not to pick favorites). ____ is my least favorite subject and I didn’t like this class because it was entertaining or had people that were funny, but because I understood it. I think that the virtue that Mr. _____has is silence. For those who know him, they know that he is a man of few words and I think that this is what enables him to be such a great teacher. I remember that in each class it was calm. It was a place where you could concentrate and even the loudest of people were quiet. He answered everyone’s question straightforwardly. He didn’t just go around the subject or answer the question in a way that the person who asked it forgot their question trying to figure out the answer the teacher gave them. He listened and always made sure that everyone was truly okay. He also didn’t put people on the spot. He always tried to make it a little interesting.  However, those who have taken his class might also realize that he is a little sarcastic but in a funny subtle way, which made the class not boring. I think that Mr. _____’s ability to be silent allowed him to really teach in a way all his students could learn.